What does falling unemployment mean for HR?

Unemployment, participation rates, consumer confidence…economists are all abuzz with forecasts for the year ahead, but here’s what the rates really mean for HR 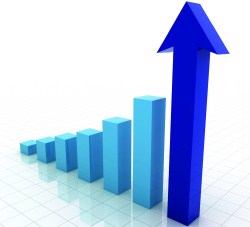 Wit
h the unemployment rate swiftly approaching pre-recession conditions, the question on every recruiter’s mind is whether there will be enough talent to go around. The pressure is on to compete for the best talent, particularly in STEM (science, technology, engineering and mathematics) skills.

“For companies that are recruiting for educated, experienced talent, it’s certainly going to get tougher,” said Jon Osborne of The Staffing Industry.

His sentiments were echoed by Thomas Becker, vice president of recruiting at Manpower Group in North America.

“In certain skills, that (talent mismatch) is going to intensify,” Becker said.

Indeed, in Manpower Group’s employment outlook survey for the first quarter of 2014, transportation & utilities was the only industry sector that didn’t expect hiring growth. Likewise, Montana was the only state that averaged a negative employment outlook for the quarter. Of more than 18,000 employers surveyed, 17% expected their staff numbers to grow in quarter one of the coming year.

Here are a few ideas on how to give your recruiting tactics a makeover for 2014 talent conditions:

Company websites Company websites are typically not oriented toward candidates, but it doesn’t take much in the way of resources to make the most of a candidate-facing page. Identify the culture fit of your ideal candidate and speak in a way that shows your company can relate to that demographic.

Social, but not Facebook   It shouldn’t be just any social media channel that you focus on, but rather a targeted place online where your ideal candidates are. The Staffing Industry’s survey showed that Facebook was not effective for most firms in identifying potential candidates because it is so general. Role-specific or role-related LinkedIn groups, Google+ communities and Twitter circles are likely to produce stronger results. “Build a digital footprint around where these talent communities are,” said Becker. “You’ve got to get them before (you recruit) and then start to have a marketing approach.” That’s not to say more mainstream channels should be neglected altogether – CareerBuilder reports that 62% of candidates research employers on social media.

Have a separate strategy for tight skills Identify your most difficult positions to fill, and plan for the hard-to-find skills your company will need in the future. Develop a separate recruiting plan for those particular areas, and as part of that, build a digital strategy.

You might also like:
Two-thirds of US companies affected by bad hires
You’ve already met your next hire
America’s tightest labor markets aren’t where you thought