This is how hard it is to recruit in San Francisco

It seems there’s an exodus of employers moving jobs from California, and a Fortune 500 company just became the next in line, blaming the difficulty in recruiting top talent 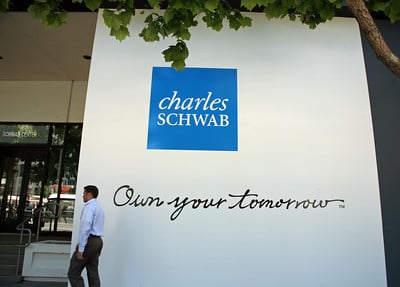 Are
complex employment laws and competitive recruiting driving large companies out of California? Finance company Charles Schwab has become the latest company to announce it will be moving jobs out of the state.

Schwab announced this month that it will relocate about 1000 jobs from San Francisco to its other US hubs. It follows similar plans from Chevron, which will move up to 800 from the Bay Area to Texas. And in Sacramento, Campbell Soup will close its plant and move 700 jobs to other states.

It’s the second time in recent history the company has announced to move jobs eastward: in 2007, Schwab told the city it would be moving 1,400 positions to less expensive business centers. At the time, a spokesperson cited commercial real estate costs and the difficulty of recruiting talent as key factors in the company’s reasoning.

It appears pressure in those areas has not eased up for the company, as Bulgatz again pointed to “the high cost of living and cost of doing business in the Bay Area, as well as challenges in recruiting talent in a very competitive job market” this time around.

Californian Assemblyman Travis Allen also pointed the finger at the state’s “excessive” regulations and “insurmountable” payroll tax. But Schwab spokesperson Sarah Bulgatz declined to comment on the extent to which the state’s regulations have influenced the company’s decision.

In 2007, the company said part of its strategy would be allowing more employees to telecommute, but this time, “telecommuting isn’t part of the picture,” says Bulgatz.

Last year, the company was the Bay Area’s 47th-largest employer, down from number 35 in 2012. The job relocations represent more than a third of the company’s positions in San Francisco, but across the nation, it employs 13,500 people.

According to the most recent data available from the Bureau of Labor Statistics, California had the highest number of extended mass layoff events in the first quarter of 2013.

You might also like:
Which state will be mandating the way some employees arrive at work?
LA moves to double minimum wage
Compulsory paid family leave could inflate the cost of wages