As college graduations approach, a whole new cohort of young candidates will be crowding your doorway. But are they missing some manners? 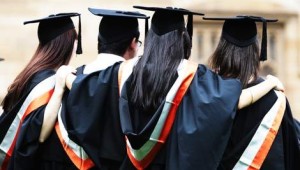 As college graduations approach, a whole new cohort of young candidates will be crowding your doorway. But are they missing some manners?

According to a new survey, HR pros have seen everything from texting and taking calls during interviews, to inappropriate clothing and language.

About half of HR executives say most recent grads are not professional their first year on the job, up from 40% of executives who had that view in 2012, according to a recent survey by the Center for Professional Excellence at York College of Pennsylvania.

"It's behavior that may be completely appropriate outside the interview," Jaime Fall, vice president of the HR Policy Association, told USA Today. "The interview is still a traditional environment."

Fall said mollycoddling from parents has made the problem worse, with young people being told “You’re perfect just the way you are. Do whatever you’re comfortable doing.”

Up to 20% of young applications display such behavior, according to the survey, and attitudes are prompting recruiters to rule out otherwise qualified candidates for entry-level positions and delay hiring decisions.

According to Manpower executive vice president Mara Swan, it’s a reflection of a culture that’s becoming increasingly casual. “They don’t realize [the interview] is a sales event,” she added.

In one particularly off-the-wall interview decision, a college senior brought her cat into an interview for a buyer's position at clothing retailer American Eagle. She set the crate-housed cat on the interviewer's desk and periodically played with it. "It hit me like—why would you think that's OK?" Mark Dillon, the chain's former recruiting director, said. "She cut herself off before she had a chance."

Have you witnessed inappropriate interview behavior? Is it specific to young candidates?