Have you been wondering what the White House pledge to help the long-term unemployed means for your practices? We break it down 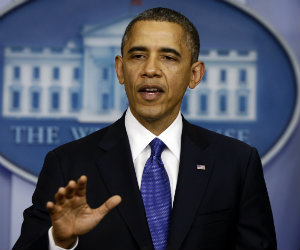 Lik
e much of politics, the recent pledge by more than 300 companies to give the long-term unemployed a better shot in the job market may seem like vague rhetoric. So we spoke to Seaton CEO Patrick Beharelle, who worked with President Obama to design the pledge, to find out exactly how it changes best practices.

“The pledge itself wasn’t meant to be the end of a conversation; it’s meant to be the beginning of the conversation,” said Beharelle. Indeed, apart from the guidelines the White House has given to recruiters, there is a $150million grant program to support programs such as Skills for Chicagoland’s Future, which created hundreds of jobs in Chicago for the long-term unemployed.

Best practice recruiting guidelines from the White House On a practical level for those in HR, Beharelle said, the inconveniences are “pretty minor”. The main inconvenience is likely to be the elimination of filters that screen out candidates who have been unemployed for a number of months, he said. “It’s not an onerous pledge on companies,” he said. “It’s more of a commitment.”

And it’s likely that recruiters will benefit if they abide by the pledge, despite the inconvenience of eliminating unemployment filters.

“We’re not always looking at the best pool of candidates because they’re getting screened out before recruiters even see them,” Beharelle said. “It turns out that the long-term unemployed are slightly more educated than the short-term unemployed: 27% have college degrees.”

In 2012, Northeastern University doctoral student Rand Ghayad sent out nearly 5,000 fictitious resumes that were identical except for unemployment duration and industry experience. His findings confirmed what many already expected: those computer-generated ‘applicants’ who had been out of work for more than six months were almost never contacted for an interview.

You might also like:
America’s tightest labor markets aren’t where you thought
What does falling unemployment mean for HR?
Give applicants credit, not credit checks, proposes Senator