Famous executives who worked for free

Following the retirement of New York City mayor Michael Bloomberg, we look back on some executives who refused to be paid 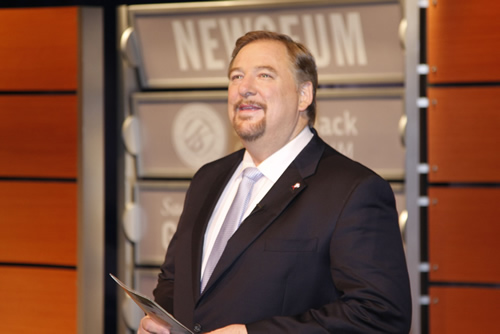 Wit
h richly paid CEOs likely to stumble, and shareholders increasingly demanding a say on executive salaries, it’s nice to remember that not everyone’s in it for the money.

Michael Bloomberg Not only did this retiring mayor of New York City pass up a salary in the position, but he also spent an estimated $650million of his own money on the job. Though running the big apple usually pays $2.7million, the billionaire has accepted just $1 a year since 2001. The biggest costs he covered out of his own pocket over his term were his political campaigns, but he also doled out millions on a mayoral private plane, giant aquariums in City Hall, and daily meals for his staff

Jose Mujica The incumbent president of Uruguay has been described as the poorest world leader. The 78-year-old donates 90% of his $144,000 income to charity, and refuses to live in the extravagant official presidential palace. When he took office in 2010, his net worth was estimated to be about $1,800, the value of his 1987 Volkswagen Beetle

John F Kennedy, Herbert Hoover and George Washington These three presidents all donated their salaries to charity, although in Washington’s case, only during his position as Commander-in-Chief of the army. According to Washington, declining his income would have set an awkward precedent for the presidents to come

David Beckham When the soccer star played for Paris Saint-Germain between January and June last year, he announced that he would be donating his $1million a month salary to a French children’s charity

Rick Warren After the Californian evangelical pastor wrote New York Times best-selling book The Purpose-Driven Life, the book became so successful that he was able to decline a salary from his church, as well as return the salary he had earned during his first 25 years at the establishment

Arnold Schwarzenegger The Governator gave his $206,500 salary back to the cash-strapped state of California during his time in office. He later said his position cost him $200million in film opportunities that he had to decline while he was in government

Mitt Romney and Kerry Healey When the pair stepped in as governor and lieutenant governor of Massachusetts in 2003, they announced they would not be accepting their respective salaries of $135,000 and $120,000 a year

You might also like:
Why you should detach pay from performance
America's highest-paid HR execs revealed
Salaries on the rise in 2014: is your budget prepared?