The lighter side: Important work to be done? Leave it till Tuesday

Have some challenging work to do? Then wait until Tuesday to tackle it, as HR agrees that’s when we’re at our best 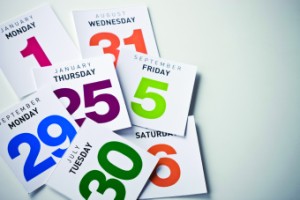 Tue
sday has been named the best day to tackle tricky tasks, according to a new survey by Accountemps. Of more than 300 HR managers quizzed by the recruitment company, 39% ranked Tuesday as the most productive day of the week, followed by Monday on 24%.

Thursday and Friday were deemed the least productive – they received only 6% of responses put together.

"Many workers spend Monday catching up from the previous week and planning the one ahead," Max Messmer, Accountemps chairman stated. "On Tuesday, employees may begin to have time to focus on individual tasks and become more productive. The goal should be to maintain the positive momentum established on Tuesday throughout the week."

Tuesday has consistently been ranked as the most productive day since the firm began holding productivity surveys in 1987. Friday has unfailingly taken last place.