In 2008, three friends started a brewery, inspired by a traditional ideal 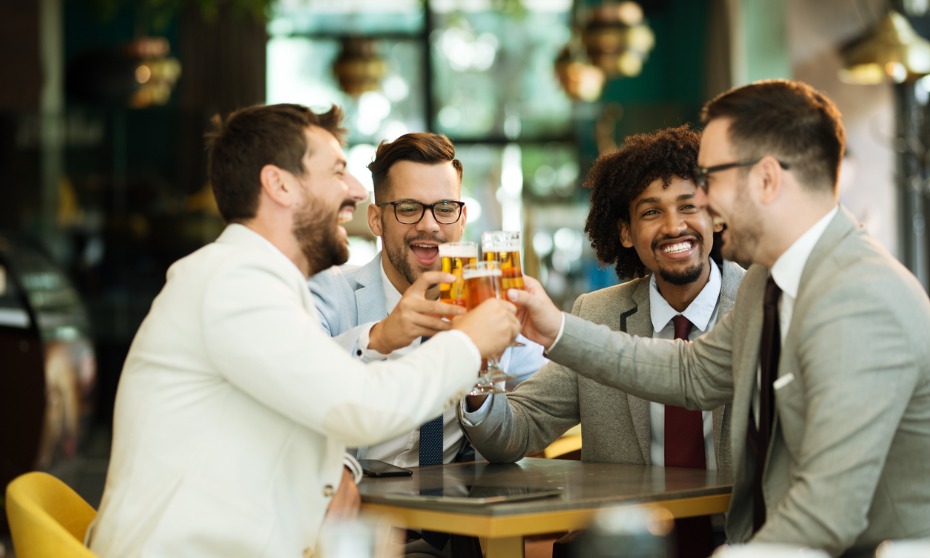 In 2008, three friends started a brewery, inspired by the traditional idea of a village brewery. More than a simple place to buy beer, it would be a central hub of the local town that could give back to the surrounding community. From this vision, Stone & Wood was born.

For Elise Skinner, the Brewlife Manager at Stone & Wood, a key part of her role is to maintain those core values, even as the business continues to expand beyond its humble origins.

“Stone & Wood started with a desire to build a conscious business, and it’s still reflected in the way we run today,” says Skinner. “Ultimately, we want to create a sustainable brewing business that develops, embraces and adds value to its communities – and that guides our decisions.”

Originally taking steps into the field with a stint in recruitment, Skinner would transition to HR after a few years. Many more years working across a variety of companies and industries followed, when eventually Skinner and her husband decided it was time for a sea change to Byron Bay. In a striking piece of synchronicity, this move would coincide with a new HR role opening up at Stone & Wood.

“I was doing some contract work while I waited for my next HR gig to come along,” says Skinner. “I couldn’t believe my eyes when I saw this role advertised with Stone & Wood, it seemed like the natural next step in my career.”

Signing on two years ago, Skinner joined at a transitional point for the organisation. Stone & Wood was a business that already prided itself on its innovation and its care for people and culture – but it was also a business that had experienced significant growth in the years prior, and there were plenty of HR projects to tackle.

Expanding support for expanding horizons
During her time in the role, Skinner has worked with her team to balance the operational HR needs with a desire to progress, innovate and think creatively.

“There has been an emphasis on getting some fundamentals in place around systems and processes to keep step with the growth,” says Skinner.

In this vein, continuing the development of leadership and employee engagement has also been a significant undertaking. Leaders across the team have recently invested time in the art of giving feedback and coaching, with a view to enabling teams and avoiding the need for hierarchical management structure. Embedding this learning into the wider Stone & Wood culture and behaviours as part of the norm is still underway, notes Skinner.

“We talk to and work with everyone in the company to evolve our understanding of how to build employee engagement, develop capabilities, and keep communication fresh,” notes Skinner.

Though Stone & Wood remain a relatively small player in the overall Australian beer market, business and distribution has consistently expanded since founding. So, there’s an element of futureproofing at play with these strategies; craft beer is a dynamic segment of the market that is always evolving, particularly as its popularity expands in around the world.

Accordingly, it’s become increasingly common for multinational liquor distributors to acquire smaller breweries, then subsequently launch brands that give the impression of being small-run, “craft” beers themselves. This, Skinner adamantly notes, is not a direction that Stone & Wood wants to pursue. Independence is highly valued by Stone & Wood.

“We are firmly focussed on remaining a local independent brewery that supports the community and creates value for its stakeholders,” says Skinner. “We aim to brew a good life for our people, just as much as we brew good beers.”

Brewlife
HR policies must reflect this attitude, and accordingly the company’s Brewlife philosophy has been created with this in mind.  Brewlife spans not only the company’s HR initiatives, processes and strategies but is ‘owned’ beyond the HR team. It reflects the importance of employees as integral stakeholders in the business model, and the role they play in the culture, behaviours and future of the Stone & Wood story.

One of the most significant of Brewlife’s initiatives is employee ownership. Stone & Wood has an annual share offering for eligible staff; as of early 2019, 75% of the team are now considered owners within the business.

“Our Employee Share Scheme gives a sense that we are all in this together,” says Skinner. “But it also has the potential to generate a nest egg for our people and their family over time.”

Helping parents get back to work
Another recent Brewlife initiative has been the introduction of financial support for childcare to its workplace benefits, after acknowledging that the decision to get back into the workforce is often accompanied by the financial pressures of childcare.

“Around 12 months ago we did a survey to gauge the needs and the issues that employees were experiencing,” says Skinner. “Recognising costs of childcare are often a barrier to the decision to get back into work, it seemed like a sensible first step to direct our support there.”

This new scheme allows employees to access up to $5,000 to cover professional childcare fees within 18 months of birth or adoption of their child when they return to work. Importantly, this benefit is not only available to individuals within the business. It’s also available to partners of employees who are returning to work – even if they are not employed by Stone & Wood and are heading back to work with another business in the local community.

“Ultimately, we determined our key motivation was supporting diversity in our community,” says Skinner. The desire to help primary carers from all kinds of families in returning to work arose from that motivation.”

“At the moment we’re also focussing on bringing our capability framework to life by developing our own internal training workshops as well as drawing on external expert support when needed,” says Skinner. “We’re also helping our teams to further define core skills and competencies to support their career planning.”

Stone & Wood’s safety agenda is also being shifted beyond traditional ideas of physical safety to also include a mental wellbeing and personal resilience program.

Skinner is keen to note that the core purpose of the business remains and these initiatives are simply tools that will enable that purpose to be carried out as they continue to evolve.

“At the end of the day, we also want to make sure everyone has fun, enjoys being part of this unique family and makes time to chat together over a beer!” says Skinner.