How to create a mentor culture at your organization

National Mentoring Month brings up some points to consider for leadership development at your organization. We examine the tactics of a CEO who replaced hierarchy with mentorship 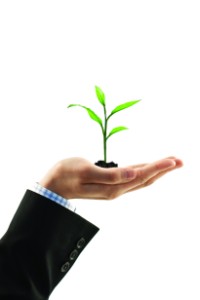 Rep
lace the word ‘boss’ with ‘mentor’, and you’ll start to get a picture of the kind of relationships that are fostered in Kim Shepherd’s company, Decision Toolbox. The former television journalist turned CEO spurned traditional hierarchy for a mentorship system that places relationship at the fore rather than authority.

“(At Decision Toolbox) you’re in an environment where nobody ever gets scolded for anything. In that type of love-fest environment you can do all kinds of miraculous things,” Shepherd said of her company of about 100 employees. And as the organization grows, she intends to keep the current structure intact.

It’s a strategy that she believes can translate to companies of all sizes, citing Trader Joe’s and Starbucks as examples.

“I completely disagree with the concept that as you get bigger you start to fall apart on culture,” she said. “You can be the exception if you think exceptionally.”

And the value of mentoring has been backed by science, too. When Sun Microsystems compared the career progress of 1,000 employees over five years, it turned out that those in the company’s mentoring program were much more likely to get promoted. Retention rates were also much higher for mentees (72%) and mentors (69%) than for those who were not involved in mentoring (49%).

Here’s how to implement a mentoring culture in your organization:

Discourage mentors from talking tactics What worked for one person may not work for somebody else. “Don’t tell someone what to do,” said Shepherd. “You don’t want to look at the tactical; you want to look at the ethical, meaning what is it that makes you tick, not necessarily what you do.”

Mentoring is not creating clones A good mentor will recognize that their role is not about them, but about their protégé. The emphasis should be in bringing out individuals' strengths, not cloning the mentor's leadership style.

Facilitate e-mentoring Online conversations often eliminate the difficulties and awkwardness that occur with cross-gender mentoring. It also gives staff access to a global pool of mentors that would not be available in local offices.

You might also like:
Unhappy days for baby boomers
Career break may be opportunity, not setback, for women
Providing vision: a key HR mandate