About 300 “seat-fillers” spent 14 hours working at the Oscars last weekend for nothing but the chance to be in the same room as their idols. But does California law require that they be paid? We analyze their chances of winning a lawsuit against the Academy 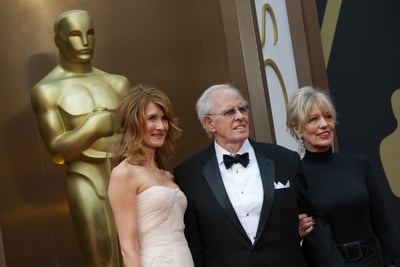 Wan
t a ticket to the Oscars? Unless you start dating a movie star, or perhaps jump into the world of glitz and glamor yourself, your chances are low.

That’s why hundreds of Los Angeles wannabes apply to become seat-fillers every year. For the chance to rub elbows with Brad Pitt, they’re willing to buy evening wear, get professional hair and makeup, and be at the venue from nine in the morning until the curtains close at midnight.

But if perchance a disgruntled volunteer were to sue for a wage-and-hour violation, would the case win?

The Academy of Motion Picture Arts and Sciences is a non-profit organization, so under certain circumstances it may be able to use volunteers for its cause. But that’s not where a court’s analysis would stop, says California-based employment lawyer Wendy Musell.

“Particularly in California, a volunteer means an individual who performs work for a civic, charitable or humanitarian reason,” she says. “The fact that they’re not-for-profit doesn’t mean that they get a free reign to not pay individuals if they’re actually performing work. That’s only the first enquiry.”

There are several questions the courts would examine in considering whether the seat-fillers are truly volunteers, including: Well, there’s always going to debate around this one, but let’s give the Academy the benefit of the doubt here. Feeding the homeless, sitting beside Angelina Jolie to help the Oscars keep up appearances, same, same, right? Going by an anonymous Vanity Fair account from a seat-filler’s perspective, the volunteers are heavily regulated. Both men and women are required to wear their best, put on their most stoic faces, and speaking to anybody other than a fellow seat-filler is strictly prohibited. Drinking is also off-limits, and seat-fillers are “strongly discouraged” from visiting the bar. According to Vanity Fair, no. Volunteers are required to be at the venue from 9am to midnight. Without insider knowledge, it’s hard to speculate on this one. This is a key question, one to which we may never know the answer. “If a middle man is being utilized in order to obtain the right look or age group, that would absolutely militate against these individuals being real volunteers,” says Musell.

But whether volunteers would actually pursue a cause like this with litigation is yet to be seen. “At the end of the day the value of these seats may be far greater than that of minimum wage, so the likelihood that the individual would actually seek minimum wage is minimal,” Musell says.

The Academy did not respond to requests for comment in time for publication.

You might also like:
[LIGHTER SIDE] Revenge of the job seeker
The international law you probably don’t know if you’re breaking
[LIGHTER SIDE] The most absurd workplace lawsuit of 2013