As of next year, employees in several cities must be offered paid sick leave. But employers around the nation need to listen up, because no matter where you're based, the same law applies 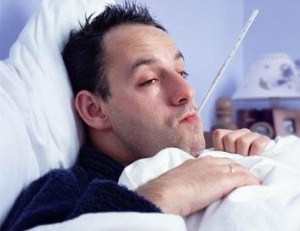 If
you're finding it hard to keep up to date with changes in sick leave laws, you're not the only one. Paid sick time legislation has been evolving rapidly on every level of government, making it a maze for employers with telecommuting workers or offices in more than one city.

Paid sick time around the nation States that have banned local governments from enforcing paid sick time According to attorney Ryan Gibson, the laws make offering telecommuting less attractive to employers, as companies must track the specific locations of employees while they're working to be sure they’re compliant with local sick-leave laws.

"It is on the employer to know where their employees are working. It's going to be a headache because it's a city ordinance and not a state law," Gibson said of the Portland ordinance. "[Take] delivery truck drivers or construction workers who move from project to project... it's only the time that they're in metro Portland that counts."

For employers with staff in Portland, it's time to get on top of the city's new Protected Sick Time ordinance. The legislation ensures most full-time employees have at least 40 hours a year of paid sick leave, but only accrue those hours when they work within metropolitan Portland. Any global company with workers who telecommute, or even have occasional meetings or conferences in the city, will need to know about the changes.

Key changes for companies with any employees spending time in Portland