Are half of all H1-B visa petitions being rejected?

Applying for 2015 H1-B worker visas? Depending on your industry and the source of your talent, you might have to expect a 50% rejection rate 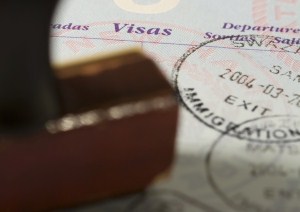 Ind
ia’s largest software services exporter has claimed about half of its American H1-B petitions were rejected in the past year, raising questions about whether the process has become increasingly difficult.

At a recent leadership summit in India, Tata Consultancy Services global head of HR Ajoyendra Mukherjee said rejection rates have risen from 30% to about 50% over the past two years.

“The visa rejection remains similar to (last year), almost 50% – earlier it used to be lower. So, we have to deal with it – all it means is that we have to plan much in advance, so that you can meet your requirements,” he said.

Whether this number is unique to Indian software companies remains to be confirmed by the Department of Homeland Security. Texan employment-based immigration lawyer Emily Neumann suspects the rates that TCS claims are much higher than the standard.

“There are certain industries that have higher rates of rejection because of previous fraud, so there’s a lot higher scrutiny,” she says.

“From the consulate we were seeing – starting from 2010 – a much higher rate of rejection of H1-B visa stamps at the consulates in India particularly. There was a much higher rate of administrative processing, where they will send the petition to another office for a fraud check or they will verify the information in the petition,” says Neumann, noting that the rate has improved over the past six to 12 months.

And if you think you can circumvent the H1-B route by using B-1 visas to classify workers as business visitors, it’s wise to use caution. Recently, Infosys was fined $34million, more than 7% of its 2013 net profit, because they misclassified H1-B workers as B-1 workers.

“The line between what is work and what is business is very blurry, and that settlement made it even more blurry,” says Neumann, “so companies may not attempt to get the visa out of fear that the consulate office may think they’re likely to work.”

The DHS did not respond in time for publication.