Another recruiter slammed for labor violations 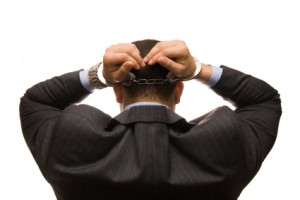 A t
op Indiana staffing agency has been disciplined by the Department of Labor for dodgy visa practices. Access Therapies, a physical therapist specialist provider, was among the top ten employers of H-1B visa holders in the state, but will now be barred from engaging the visa program for one year, and pay more than $120,000 in penalties and backpay to six of the foreign employees it brought to the country.

The recruiter was found to have neglected to pay wages at the specified rate, as well as giving staff part-time jobs instead of full-time as promised.

It’s the second time the agency has been found to be fraudulent: in 2010 the DOL wrote to the company claiming the firm owed more than $1million to 53 H-1B workers. And court documents found that the company called witnesses telling them to ignore court requests to produce emails, which amounts to witness tampering.

The owners of the company also own RN Staff, which is also in the top ten Indiana employers of H-1B workers, according to research done by employment lawyer Gary Welsh, who represented several workers sued by Access Therapies for breach of contract. According to Welsh, the companies have filed more than six dozen lawsuits against former employees after they left employment.

While not all staffing companies can be accused of such egregious legal violations, Welsh offered some simple tips so that employers can avoid dodgy recruiters when dealing with foreign workers.

“They (employers) should always ask or do due diligence to search to see if these companies have been the subject of any enforcement actions by the Department of Labor if they’re dealing with H1-B workers,” he said. “And see if they have any history of filing lawsuits against their employees. …either way, that would indicate that there’s a reason for red flags.”