All a-twitter about personality

Not sure if a candidate's personality is the right fit for your company? Here's surprising evidence that their Twitter profile may reveal more than you might expect. 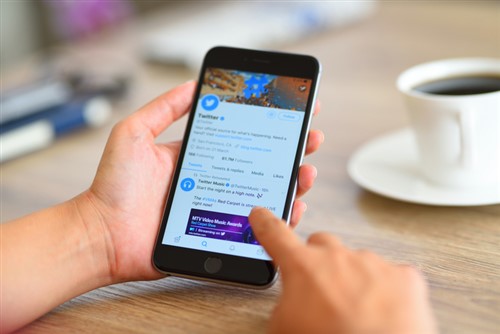 New personality profiling software that analyses’ prospective candidates’ tweets may soon be available to help employers figure out who would be the right fit for the role.

IBM has developed a program that they say can assess a person's psychological traits by scrutinising the 140 characters they use on Twitter. It scans the person’s latest tweets and develops a personality profile.

Depending on what they write people are classed as one of the five main personality traits – extroversion, agreeableness, conscientiousness, neuroticism and openness. Once a personality type has been established the developers say employers can use the information to sort through which applicants to call in for a job interview.

In testing the software IBM carried out a study in which 300 people had their Twitter profiles processed by the program and also underwent psychometric tests.

Michelle Zhou, from IBM’s Almaden Research Centre in California, told Technology Review, that the results showed the two were “highly correlated” more than 80% of the time.

Researchers claim words used in tweets reveal a person's character traits. For example people who use the word perfect tend to be perfectionists while those who use words such as ‘we’, ‘friends’ and family are considered more caring. Those who use longer words are deemed more likely to get on with their colleagues and those who talk about their achievements are conscientious.

Zhou told Technology Review: “We want to use social media to derive information about an individual – what is the overall affect of this person? How resilient is this person emotionally? People with different personalities want something different.”

She added that the software could also be used to target adverts to people online, as well as in call centres or other customer service roles.

The research however has prompted warnings about relying on social media data in the job hiring process.

Susannah Clements, deputy chief executive of the Chartered Institute of Personnel and Development, told the Sunday Times hiring people based on their online use “gives an advantage to people who live and breathe the digital space.”

Zhou also notes that people who use Twitter in a specialised way, such as journalists discussing their rounds, then their tweet-derived profiles may not be so representative.