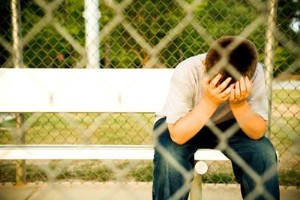 Nea
rly one in five formal sexual harassment charges at the Equal Employment Opportunity Commission involved male victims, despite an overall decrease in the number of complaints received.

Professor of organizational behavior Franciska Krings’ research found that about half of more than 2,400 employees she surveyed had experienced unwanted workplace behavior of a sexual nature. Men and women had both experienced it in similar proportions; however, women were more likely to label that behavior as ‘harassment’.

And perhaps more strikingly, 66% of women and 71% of men admitted to having demonstrated behavior that could be perceived as harassment in the past twelve months.

The EEOC made it clear in September last year that it would show female perpetrators the same treatment as male ones when it filed a lawsuit against Wells Fargo for allowing a female manager to create a sexually hostile workplace.

And in February, technology public relations specialist Joseph Jackson sued his employer OpenCommunications and two female colleagues with countless evidence that the colleague had been sexually harassing him throughout the course of his employment. Unwelcome comments about the heterosexual man’s bedroom activity, unsolicited hugs and racially charged compliments were reported to the company CEO, who simply told Jackson he was a “hater”.

The risk for employers in sexual harassment cases has risen in recent years. Total monetary benefits distributed from EEOC claims increasing from $41.2million to $44.6million between 2010 and 2013, excluding that which was obtained through litigation. Just over half of claims were dismissed by the EEOC as having no reasonable cause. However, the average complainant that did have a case resolved received more than $12,000 in benefits, and that’s without hitting the courts.

Treat all complainants equally It's important not to belittle serious concerns brought up by employees. Perhaps OpenCommunications would not have gotten in hot water if it had treated Jackson with the same respect that is usually afforded women who make harassment complaints.

Train both men and women equally Harassment prevention measures should include both men and women, not only as victims but also as possible perpetrators. "This awakens less resistance than handling the topic of harassment by itself," says Krings. It also helps mitigate anxiety amongst men, who "often feel that they are under suspicion" in these discussions.

Corporate culture is key While Krings did not find predictive factors for individuals, she did find that corporate culture could predict to a certain extent whether sexual harassment would be a problem for a workplace. For instance, the likelihood of harassment complaints was significantly higher when employees indicated that sexual double entendres were a normal part of conversation in the office.

You might also like:
Take a guess at how much workplace bullying costs companies. Now double it
EEOC insider reveals ‘bullying’ tactics towards employers
75% of employers lose in EEOC cases; how to stay in the 25%

Would you mandate vaccines for all future hires?