Here’s how to handle a candidate who stutters

Can you deny an application from an applicant with a speech impediment? Here’s what you need to know 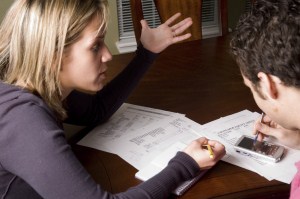 Peo
ple who speak with a stutter experience widespread prejudice in the job market, a study from the Newcastle University Business School has found. About 1% of the world speaks with a stutter, and 80% of those are men. But no matter their level of qualification, they frequently struggle to gain employment, Dr Clare Butler reported.

Her research shows about two-thirds of stutterers who do end up gaining employment perceive that they only got the job because nobody else would take it, usually because it was a lonely or repetitive job. In interviews, many stutterers reported facing direct comments about their speech impediments.

“Many participants were told not only of their mismatch for the specifics of the job or the likelihood of a detrimental impact on customers, but also of the possible negative impact on team dynamics if they were appointed,” says Dr Butler.

It poses an issue because stuttering has been recognized in the courts as a valid disability under the Americans with Disabilities Act. And at a state level, courts in Ohio have also deemed stuttering a protected category.

Jane Fraser, president of the Stuttering Foundation of America, says stutterers can make good employees because they often try to compensate for their disability by working harder. “Many of them are perfectionistic,” says Fraser. “They’re very good listeners.”

She offered advice for dealing with a person with a stutter at an interview:

Don’t tell them to relax Simplistic advice like telling someone to breathe can come across as demeaning. Instead, if a candidate has indicated that they suffer from a speech impediment, a polite response like “Thank you for telling me that right up front – knowing that puts me at ease” may mitigate any discomfort.

Don’t be afraid to ask if they’re comfortable with communications relevant to the job If communications skills, like telephone use, are important to the position at hand, it’s acceptable to ask how the candidate feels about communicating, as long as it’s done respectfully. “Many people who stutter can handle the telephone,” says Fraser, “and some people aren’t so comfortable. So I think that’s a fair question.”

Don’t tell them they may be better suited to a different position It’s dangerous legal territory to tell a stutterer that their voice may make them unsuitable for any given position, since under the ADA, employers are expected to make accommodations for them.

You might also like:
A Macy’s hiring manager made a thoughtless comment and America is freaking out
Sex worker sues for sexual harassment…and wins
Take a guess at how much workplace bullying costs companies. Now double it