Or, what basketball and ballet have to do with disability discrimination claims, in the eyes of the Texas Supreme Court 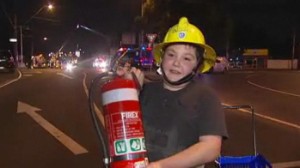 A H
ouston fire captain won a $362,000 disability discrimination case based on a claim his refusal to enter burning buildings was a disability – but last week, the decision was overturned in the Texas Supreme court.

On two occasions, firefighter Shayn Proler arrived at the scenes of fires and was unable to enter the buildings – once in 2004, an accusation he disputed. The second time, in 2006, he was unable to put on his gear, take orders, or even walk straight. A hospital assessment diagnosed him as having experienced a temporary episode of global transient amnesia, and Proler was reassigned to the firefighter training academy.

Proler responded by filing a successful administrative appeal, and was reassigned to his former duties – but his employer appeal to a trial court, leading Proler to counterclaim for disability discrimination. While he did not claim that he was indeed disabled, he said the City of Houston perceived him to be disabled, and therein lay the discrimination.

However, the court couldn’t see eye to eye with Proler.

“A job skill required for a specific job is not a disability if most people lack that skill,” the court wrote. “Were the law otherwise, any person who, for instance, wishes to be a ballerina or professional basketball player could routinely sue for disability discrimination if the Bolshoi or the San Antonio Spurs declined employment.”