After four months, the EEOC has responded to claims that it overstates litigation risks in order to coerce companies into larger monetary settlements 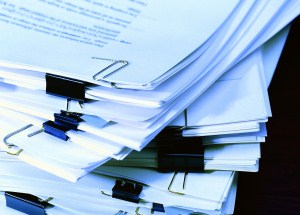 In
January, a former Equal Employment Opportunity Commission employee opened the curtains into the organization’s practices to much ado. Colorado lawyer Merrily Archer worked as a trial attorney for the commission, and claimed it was deliberately fooling employers into thinking their litigation risks were higher than they actually were during mediation. The reason for this, Archer claims, is to bully employers into settling for more substantial monetary agreements than they need to during mediation.

From a poll on her blog that collected results from more than 700 employers who underwent EEOC mediation processes, she found: We first reported on this in January, and had requested comment from the EEOC early that month. It took nearly four months for the organization to respond, and even then, the commission declined to answer most of HRM’s questions.

EEOC director of the office of field programs Nicholas Inzeo said over the past decade, more than 98% of employers who had participated in mediation said they would use the service again – at least those who responded to the program’s annual survey.

“More importantly,” he noted, “positive responses were given regardless of whether the participants settled their dispute or reached an impasse.  In fact, parties who were not able to settle their claims in mediation answered slightly more positively than parties that settled their claim.”

More than 183,000 mediations have been conducted since the inception of the program, but Inzeo said he was not aware of any bullying on the EEOC’s part. He would not answer questions about exaggerated litigation risks.

“Even with the large number of participants utilizing our mediation program, we are unaware of any specific reported instance of “bullying” of an employer or its representative by EEOC mediators,” Inzeo said.
The last publicly available government review of EEOC mediation processes was conducted more than a decade ago, in 2003.

You might also like:
75% of employers lose in EEOC cases; how to stay in the 25%
Give applicants credit, not credit checks, proposes Senator
EEOC insider reveals ‘bullying’ tactics towards employers