How one bad manager tried to crush Apple’s employer branding 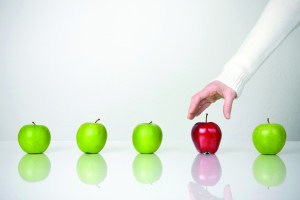 Whe
n designer Jordan Price was offered a job at Apple, he was so ecstatic that he screamed the second he hung up the phone. Even his friends were similarly excited: on Facebook, “I got more likes when I announced that I got a job at Apple than when my daughter was born,” he says.

But it was just weeks before he began to be dissatisfied. What he described as poor onboarding, a critical manager, and “rigid” hours caused his mood to turn sour. After “another weird low-blow insult” from his boss, he left. But more significantly, he then wrote an online essay about his poor experience at Apple that went viral within days. His story has been covered by publications as far and wide as the Huffington Post, Business Insider and Gawker, which covered the piece with a headline “Apple Sounds Like a Terrible Place to Work”.

Regardless of whether the story is true and whether Price’s decision to share it was fair, Apple’s HR department will be smarting from the negative coverage for months to come, if not longer.

It’s a lesson of the dangers of poor line managers, even if you think your company culture is otherwise impeccable.

Ensure employees know how to share grievances Price said he did not feel there was anyone to turn to to sort out his problems, and that he never encountered anybody from HR at Apple. Just a couple of phone calls could have saved Apple from this entire quandary.

When using contractors, clarify the chain of command A common problem at larger companies is the web of workers paid through other companies. According to Price, he couldn’t even work out who he was employed by, saying: “I was contracted by one company, yet paid by another contracting company, and then I worked at Apple.”

Use bi-directional performance appraisals If a manager’s responsibility is to lead effectively, then it makes sense that the right people to evaluate that performance are the managers’ subordinates. Upwards appraisals can be key to identifying poor leaders and uncovering the workers who feel distrusted, micromanaged or criticized by their supervisors – according to a survey from FindEmployment this year, that figure is, on average, 27%.

You might also like:
Lighter side: Workers’ love for employers unreciprocated
Is this CEO HR’s worst nightmare?
How to manage conflicts in the workplace