Corporate generosity for employer branding ... on a budget

Learn how to leverage your company’s philanthropy for your employer branding, even if it may seem small 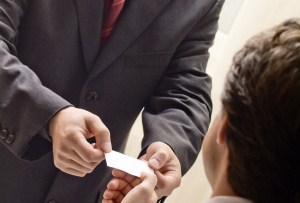 In a perfect world, every HR professional would be working with a company that candidates would kill to work for. And while not everybody offers unlimited PTO and in-house medical clinics, most companies can prioritize that which is important to candidates in small ways.

And it’s pretty clear that what is important is a company that makes a positive difference in society, as recent studies show:
“Particularly for Gen Y, we find that upwards of three-quarters of candidates are saying that CSR (corporate social responsibility) is a primary factor that will attract them to a given company or make them stay at a given company,” said Tracy Monsour, senior director of marketing for Randstad Sourceright.

According to Monsour, Randstad’s CSR initiatives are a huge drawcard for job applicants. “We have a number of candidates that come to us and tell us that they have done their homework and are looking at we what are doing (philanthropically) not only domestically but abroad as a global company,” she said.

But even companies without global networks and million dollar budgets can play the CSR card if they work creatively:

Facilitate fundraising By encouraging employees to raise their own funds for causes that they love, your company can be involved in the betterment of the community while keeping costs low. Instead of sending its own funds to causes, Randstad Sourceright provided five teams of staff members with $200 each. The teams could choose to contribute the money directly to their choice of charity, or they could use the cash to fundraise. The initiative resulted in nearly $20,000 raised by staff for causes in the US and across the world.

Leverage what you’re already doing Consider whether your employer brand takes advantage of the efforts your company makes to better the community, no matter how small. Monsour said  companies should “find what they’re doing that perhaps is happening every day but isn’t being communicated.”

Give employees time to volunteer An easy way to improve engagement is to give staff a day to volunteer for a cause of their choice. While many companies allow this once or twice a year, Monsour said she works with companies who do it as often as once a quarter. A small study in 2010 even found that employees who weren’t involved in their companies’ volunteer programs still benefited from the programs as far as engagement and productivity went. “I thought that being involved in other activities might distract employees and cut down on the time and energy they had for their regular jobs, but we found no evidence of that,” said study author Jessica Rodell. “Employees felt a stronger bond with their company because they believed it shared their ideals in caring about the community, and they were more likely to be better employees because of it.”

Learn from these policies You might also like:
Motivating staff the European way
Pay vs culture: what’s the better retention tool?
Even the lottery won’t make some workers quit