What a girl wants … in an employer

What were they thinking in the Goldman Sachs HR department when they thought nail files and vanity mirrors would be appropriate for a female-focused recruiting event? 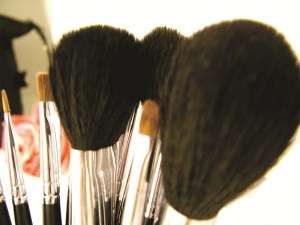 Inv
estment bank Goldman Sachs needs women on its workforce: that’s the message it gave when it signed up as the major sponsor of a conference for female computer science students at Harvard. Specifically, the bank is looking for women who enjoy nail files and vanity mirrors, or so it would appear: it distributed the Goldman Sachs branded novelties to women at the event, raising more than a few eyebrows after the act generated controversy on social media.

The move came in the same week many Silicon Valley companies were called out on their lack of gender diversity in their own computer science positions. Although women have steadily acquired the majority of science and engineering undergraduate degrees since 2000, and just under half the postgraduate degrees, women continue to be significantly outnumbered in those professional fields. A Penn State study last week also noted that women earn less in the same positions, particularly in corporate management roles and university faculty positions.

Goldman Sachs did not respond to requests for comment.

Janet Bandows Koster, executive director of the Association for Women in Science, released a book last week on her discoveries after studying 4,000 international employees in science, technology, engineering and mathematics (STEM). The publication, Equitable Solutions for Retaining a Robust STEM Workforce: Beyond Best Practices, found that women only account for one in four STEM workers in the US. She offered tips for best practices in recruiting women in STEM:

Find positions for their spouses Koster cites the issue of “dual careers” as one that is unique to STEM: when one scientist is recruited, often their spouse is also highly educated and will require a niche position, too, to be convinced to relocate. “Trying to get adequate employment for the second spouse becomes important, and it becomes a very attractive recruiting tool,” says Koster.

Have transparency around compensation and career opportunities Because women tend to lose out in career opportunities and compensation packages, a company that offers transparency in those areas will be more attractive to women. Demonstrate that your company can tangibly offer female candidates the same career as their male peers, and you will be better positioned win the recruiting race.

Real-life social networking beats online Particularly for women that are already mid-way through their careers, Koster says that recruiters tend to find standard methods are less effective than targeted ones. “A good place to recruit women in STEM is in these disciplinary societies (like AWIS), because women in STEM need to go to these types of events to get recognition in their discipline,” she says.

You might also like:
The diversity effort that will leave your jaw on the floor
The Harvard Business School apology that matters to HR
Despite many women in HR, glass ceiling prevents equality among HR directors