Tech people think an algorithm is the answer to racist workplaces

An effort to tackle lack of diversity in technology brings up issues of reverse racism. Is it helping or harming its own cause? 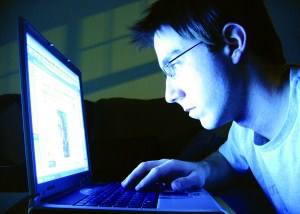 Try
ing to create a more diverse workforce in your company? Have you considered reverse racism?

Technology recruiter Entelo has developed an algorithm designed to identify candidates who are female, veterans or of particular races – without actually ever asking the candidates themselves.

The technology works by scouring candidates’ publicly available information on social profiles and making assumptions based on their social affiliations, alma mater, and job titles.

The company claims that the algorithm is 95% accurate – and six of its customers are already paying $10,000 a year for the feature.

But is it discrimination to actively seek out, for instance, native American software engineers? Entelo chief executive Jon Bischke says it isn’t – as long as the information is only used to gather applications, not make hiring decisions. Here’s his take: “This is about saying ‘we want to get 100 good resumes for a role and we’d like 20 of them to be from women.’”

Bischke isn’t the first to sing the praises of algorithms in hiring decisions: a paper published in the Journal of Applied Psychology in November 2013 found computer analysis of applicants outperformed human decisions by 25%.

The lesson for HR? Don’t be scared of using computers and data to narrow down applicants – but when it comes to the final few standouts, trust your gut – and abide by the law.