So you think your company’s inclusive – as do many in America. Then why do so many LGBT employees feel pressured to lie about their identity at work? Here’s how to take inclusion from the boardroom to the factory floor 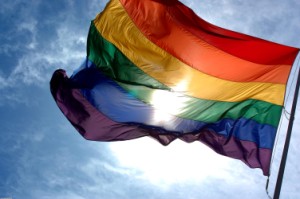 Mor
e than half of America’s Lesbian, gay, bisexual and transgender (LGBT) workers hide their identity at work, a survey by the Human Rights Campaign Foundation has shown.
Despite historically high levels of LGBT inclusion on a policy level, many companies still have lingering cultures of exclusion on a cultural level. Further results of the survey include: Although nine in 10 Fortune 500 employers have explicitly inclusive policies, such policies don’t necessarily translate to everyday life on the office floor, said Deena Fidas, director of HRC’s Workplace Equality Program. “The inclusive policies coming from the boardroom have not fully made it into the everyday culture of the American workplace.”

One company that has emphasized inclusion flowing into everyday work life is GE, where Deborah Elam serves as the General Electric Foundation president and chief diversity officer. She said a practice that has helped GE was emphasizing the importance of LGBT allies, or people who don’t necessarily identify as LGBT but want to offer their social support and solidarity. She said the group has helped set the tone of company culture when it comes to inclusion – but not purely because of formal efforts.

“This is not formal training,” Elam said, “but one of the things I challenged our LGBT ally group to do is to be generous with their stories. I think what helps resonate with people is when your journey is personalized. Our LGBTA group has really taken an active role in being very personal in sharing their journeys. It says ‘as an associate in this company, here's what I bring to the table’.”

Fidas agreed that it’s the on-the-ground movements that help improve culture in companies that already have inclusive policies.

“By implementing training aimed at improving the day-to-day climate for LGBT employees, workplaces can make significant improvements in the lived experience of their employees, whether in the corner office or on the factory floor,” she said.