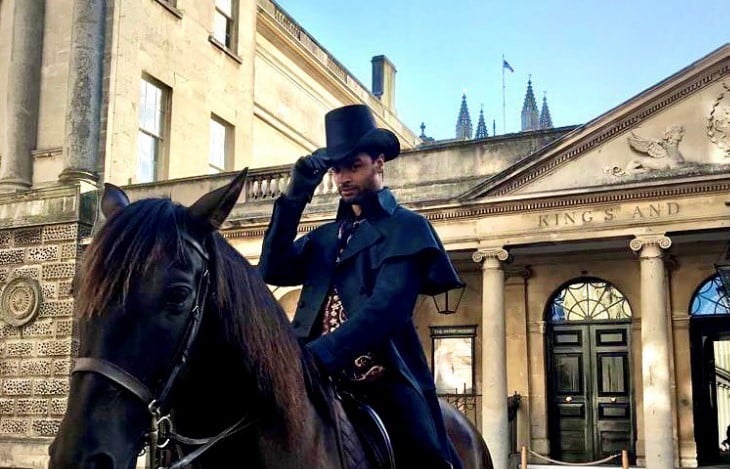 Actor Rege-Jean Page, who missed out on a role in an upcoming Superman series – allegedly because of his race – has reacted to the controversy in a tweet referencing “conversations” about the issue. The actor was said to have auditioned for the role of Superman’s grandfather but was rejected because the writer reportedly believed the superhero “couldn’t have a Black grandfather,” The Hollywood Reporter first revealed.

“Hearing about these conversations hurts no less now than it did back then. The clarifications almost hurt more [to be honest]. Still just doing my thing. Still we do the work. We still fly,” said Page, who became a household name after starring in the Netflix series “Bridgerton”.

Hearing about these conversations hurts no less now than it did back then. The clarifications almost hurt more tbh.

Still we do the work.

The DC Comics writer at the centre of the controversy, Geoff Johns, earlier clarified he never made the statement. A representative for Johns pointed out: “Geoff never said Superman can’t have a Black ancestor or be Black – there have been diverse versions of Superman throughout the comics for decades so he does and can be diverse.”

Read more: Racism in retail: How beauty brand Sephora is fighting back

The casting decision was made because “the expectation for ‘Krypton’ [the series] was that it would initially be perceived as a possible prequel to ‘Man of Steel’ by the fans and the lead was expected to invoke a young Henry Cavill,” they said.

This isn’t the first time, however, that the writer figured in a controversy involving race. In February, Johns allegedly dismissed the idea of Black women changing hairstyles frequently as part of their character on screen.

The incident purportedly happened in a conversation with writer Nadria Tucker. “I said Black women, we tend to change our hair frequently. It’s not weird, it’s a Black thing. And he said, ‘No, it’s not,’” Tucker recounted.

Johns’ camp said changing hairstyles would affect the continuity of the scenes. “What were standard continuity notes for a scene are being spun in a way that are not only personally offensive to Geoff, but to the people that know who he is, know the work he’s done and know the life he lives, as Geoff has personally seen firsthand the painful effects of racial stereotypes concerning hair and other cultural stereotypes, having been married to a Black woman who he was with for a decade and with his second wife, who is Asian American, as well as his son who is mixed race,” they said.