That’s entertainment: Inside HR at NBCUniversal

Following one of the biggest restructures in entertainment history, HR at NBCUniversal was set a colossal task: transform a splintered group responsible for some of our most enduring popular culture icons. Aidan Devine discovers how strategic HR has helped the company adapt 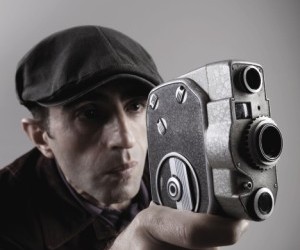 Eve
ry day, above a man-made lake in Orlando, Florida, thousands of people gather to brave the ‘Zero G Roll’. Sitting in a boxy, car-like vehicle, they ascend a steel structure that bends and loops into the air like a scribble, before it peaks at 150 feet – high enough to turn a falling potato into mash.

It’s a ride known as the Incredible Hulk. It gets that label by following a Hulk theme, but also because once the car reaches the steel structure’s full height it bullets down a sheer drop of twists – the Zero G Roll – with enough force to do to its passengers’ nerves what its comic book namesake does. Hulk smash.

Just as regularly as this happens, far away, in New York City, teams of writers and directors gather to produce some of the world’s most watched television content – everything from Saturday Night Live and The Office to breaking news.

On the other side of the US, in Los Angeles, different teams work at the same time to create movies with eight figure budgets.
These seemingly random events do not happen by chance. They are connected by one, uniting force. As different as all the teams behind these operations may appear to be, they are all businesses under the umbrella of NBCUniversal.

Created as a result of a 2004 merger between the then General Electric-owned NBC and Vivendi Universal Entertainment, the company remains one of the largest diversified media and entertainment conglomerates in the world. Its range of household-name businesses include Universal Pictures, NBC broadcast networks, cable channels like E! and Syfy, and Universal Studios amusement parks.

It’s a corporate structure that on the surface appears intricate, complex even, and it’s a status that has been heightened by a succession of takeovers and restructuring. January 2011 saw cable TV operator Comcast acquire a majority stake in NBCUniversal, which set the company on a path of transformation and paved the way for Comcast’s 100% buyout of the company in March 2013.

Establishing a common identity among a company with so many different operations, and one that has had its corporate structures stripped, scrubbed and refitted, hasn’t been easy. As most HR professionals will attest to, significant change activity such as M&As, and the accompanying people-related matters, can be one of the most daunting challenges one can face.
Continued on page 2

Gluing together all of NBCUniversal’s disparate bits and pieces, linking its many layers and layers, is an HR department tasked with ensuring the conglomerate has the same standards of excellence across its many businesses.

Leading the change
The woman charged with leading this monumental task is executive vice president human resources Pat Langer. After serving at NBC over the late 1980s and 1990s as an employment lawyer, Langer first entered the world of HR when a past NBC executive encouraged her to move to woman’s network, Lifetime. Here she led the network’s human relations, until Comcast’s 2011 takeover of NBCUniversal brought her back into the NBC fold.
“Comcast was looking for someone who could transform HR in NBCUniversal,” Langer says. “They needed someone who could effectively change HR, but who also understood a little about the kind of culture at the company. I was a combination of old, but new. I had been gone from NBC for a very long time so I came in with a fresh perspective, but I also had a lot of history.”

Langer says that right from the Comcast takeover, the NBCUniversal HR approach has been for its businesses to create synergies with each other. Being so different to one other, the company acknowledges that it would be impossible for there to be one shared identity across the group, but the businesses need to be aligned when it comes to issues such as compensation, benefits and HR systems.

For Langer, synergy means there is no one size fits all approach to HR. The nature of each NBCUniversal business determines the individual HR response, but each business is encouraged to support its NBC sister organisations. She compares it to a symphony. There is a centralised conductor, but each instrument plays a different, yet complementary part. The music works, not because every player is the same, but because they work together in accompaniment.

“As we’ve had organisational announcements and reworks, changes in personnel, a centralised HR team has had to very quickly step in and ensure that the businesses continued to run and that employees were able to do what they need to do,” Langer says.

HR partnerships
To be this stabilising force in a transitionary period, Langer says it has been vital for HR to collaborate with the company’s business leaders. Leadership is where she sees HR making the biggest impact.
“One of the things I always encourage my team to do is understand the business they work in, understand the particular challenges the industry faces, and partner with the leaders. HR has to see how it can help.”

A concrete way HR can make a difference, Langer adds, is by recruiting the right people with the right skill set to meet the multiple challenges of a changing company in a changing industry. The demands of the media and entertainment world mean NBCUniversal is a 24/7 company. All employees have to create and distribute content quickly and efficiently, so there is little room to make hiring mistakes.
Continued on page 3

Partnering with the NBCUniversal leadership makes this HR function more efficient. It gets the right people on board and helps the company adapt and innovate. For Langer, leadership provides the tool for answering a vital HR question: “What are the business challenges looking forward and who do we need to hire to meet those challenges?”

Finding talent
In response to that question and to sure up its recruitment policies, NBCUniversal’s talent acquisition strategy was overhauled last year. The company now has its own executive search team and rarely uses outside parties to locate potential executives – far from a standard practise in its industry.

Recruitment teams that work in each specific NBCUniversal business have also been strengthened, owing, in part, to a unique challenge the company faces. “We get a lot of resumes,” Langer laughs.

Television and film being an appealing career field, there are a lot of people banging at the NBCUniversal door. And with so many people wanting to get into the industry, Langer says that picking the right candidate among thousands and thousands of job applications can be a harrowing experience. It has forced the group’s various recruitment teams to be highly rigorous in who they call back and interview.

Nurturing employees
As much as bringing in the best talent remains a core component of HR, another, just as critical, function is to keep and develop it. For NBCUniversal, HR has had to step in to fill a void left by a once existing leadership university in the days when it was owned by General Electric. This precipitated the development of a new way for helping nurture and grow employees: the company’s ‘Talent Lab’.

The Talent Lab focuses on retaining and developing the best executives through leadership programs, the most significant of which is geared toward new managers. Essentially, the facility is a corporate university dedicated to growing great people in the media industry.

“When we decoupled from GE, we had to develop our own leadership programs. We had the chance to re-envision what learning could be for our workforce and we’re really proud of the Talent Lab. It’s received a really enthusiastic reception,” Langer says.

HR horizons
In the end, Langer says that being in a position to aid the transformation of a giant corporation has been highly rewarding. “The exciting thing about being in this job is that back in January 2011, when the Comcast takeover happened, it was like a massive start up. There was so much opportunity and the chance to almost start from scratch. It’s been a privilege to work here and to build an HR structure from the ground up.

“Into the future, we want to keep serving the business as strategic partners, because even after three years we are still a company in transition. Change is still occurring.”