We talk to NPR’s Senior Director of Talent Acquisition & Innovation Lars Schmidt, the man responsible for the non-profit’s much-lauded employer branding. On the cusp of his resignation, he shares his secrets to success, and tells how it feels to make the leap into one’s own business 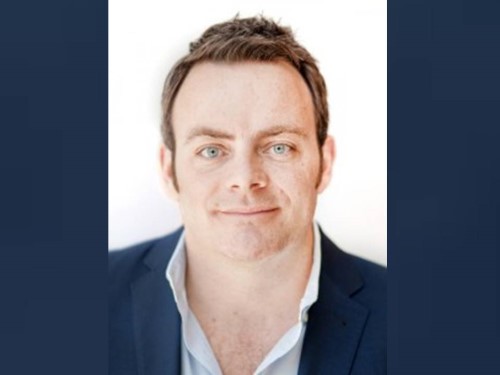 How did you get into NPR?
I was recruited by a headhunter about 3 years ago, and for me the draw was three-fold. One, I was a fan of NPR prior to coming here, so I was very familiar with our journalism and reporting and had a lot of respect for our ability to tell stories. Two, I’ve been in recruiting my entire career, but they’ve mostly been in startups and tech and entertainment, so I’d never worked in traditional media or in a non-profit organization, so I knew it would be a learning experience. And three, as NPR as an organization was shifting and becoming more digital, I was hired in part to rebuild the entire HR function. I’m a builder by nature and I get really excited about opportunities where I get to build something from scratch, so to do that in an organization I respected was exciting.


What’s been your most interesting professional experience so far?
There are two. The first was before I came here (to NPR). I ran global recruiting at Ticketmaster in LA, and we had formed a joint venture with government agencies in China for the Beijing Olympics. We had to fully staff up this joint venture and staff up the ticketing for the Olympics and orchestrate a system where employees around the world could apply to work at the Olympics. They were all things that I hadn’t done before.

The second has been in my role here at NPR. In building our talent strategy we were really focused on employer branding because as a non-profit we’re recruiting against all these large global organizations. In media we’re up against CNN, the New York Times, BBC, and in tech we’re recruiting against Google and Facebook and Twitter and Amazon. Obviously they have a lot of advantages that we don’t, so we built a strong employment brand and new inventive ways to draw talent. We’ve really been able to operate at the vanguard of employer branding, and I’m really proud of that.

I’m sure you weren’t dreaming of being an HR director as a 10-year-old. How did you end up in this field?
I was a marketing and international business major in college and I always thought that I’d get into advertising. I knew I wanted to move to LA, and there was a company in my college career fair that happened to be in LA, and it happened to be a recruiter. It was a happy accident.

Where would you be if you weren’t in HR?
Probably marketing, because that was my degree, and frankly I think that’s one of the things that excites me about the state of recruiting today and one of the things that drew me to start my own company. The lure of recruiting has been about much more than firing and hiring an individual. You have to understand marketing and concepts about employer branding, and things that are traditionally thought of as marketing concepts.

You’ve really built a strong personal brand, especially online. Was that a deliberate move?
I think the role of the talent leader is really important, that we are the external faces of our organizations, that we are the brand ambassador and the cheerleader and we’re speaking at conferences and we’re visible. The old-school people said if they’re visible then they’re more likely to be hired elsewhere, but my counter is that you want your talent leader to be found and visible. I’m very easy to find for everyone who’s interested in a career at NPR, so I’ve been able to have courtship with candidates who we would never have known how to reach out to.

What’s your biggest concern in jumping into a new business?
The concern is the unknown. Nobody has a crystal ball and can predict exactly how that business will grow and evolve. I’ve been in consulting before, but most of my career has been in an in-house leadership role. But for me it’s been something I’ve been thinking about for a long time. I’ve done my research and most importantly I’m highly passionate about this space, and I’m very, very aware that there is a real market need for organizations to really take advantage of some of these newer concepts around recruiting, like employment branding and social media.

What’s the secret to success in HR?
Traditional HR that tends to be more compliance and rules-focused – their default answer is ‘no’. I think in today’s world, and especially as you’re dealing with more multi-generational workforces, if talent doesn’t feel that they have career paths within organizations, they’re not going to stay. So HR needs to find ways to say ‘yes’. I’m not saying they have to say ‘yes’ to anything, but I think for HR leaders, when their default is to find paths to ‘yes’, it shows the organizations and employees that they’re really out to believe in and support in what they’re doing. That helps us get out of that reputation where HR are typically policy cops and they’re just there to put rules in place.