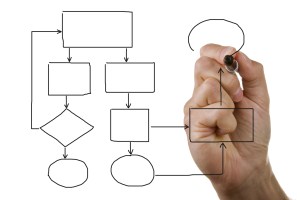 Whe
n people talk about Yahoo’s employee management techniques, it seems ‘demoralize’ is the key term that comes to mind. By chance, two readers described the company as demoralizing staff with its bell curve ranking:
Wow, first they ban telecommuting, now they'e moving to stack ranking. Nice 1-2 punch to demoralize employees and chip away at the culture. I'll look forward to future articles on how the current CEO ruined Yahoo. – REP

“A high performer, unmotivated by such artificial demotion, behaves like a mediocre.” DUH!!! Employees could have told management this years ago when the bell curve or stacking system began. Seems to me Ms Mayer is doing a lot to demoralize Yahoo from within. Maybe that is why Google is the #1 company to work for and Yahoo is not. – HCJ

But does it really matter to the bottom line if a company is the #1 to work for? While opinions are sure to vary on that matter, cold statistics are not looking kindly upon Yahoo. First, Mayer had to give her first major hire, COO Henrique de Castro, the flick after just a year on the job. And first quarter sales grew less than 1% over the previous year, the company announced this week.