Your guide to minimum age requirements around the world

How young is too young to work? That depends where you are...but plenty of countries have no qualms about breaking international child labor standards, it seems 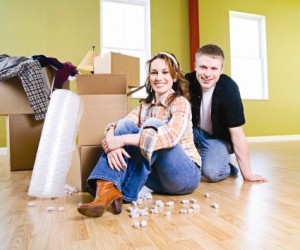 Mos
t of us had childhood jobs like delivering newspapers or pamphlets or helping our parents if they had a family business.

But the rules around how old children must be, when they can work and what kind of work they are allowed to do can vary across the world

International child labor standards set the minimum age for light work at 13 years and general employment at 15. The minimum age for hazardous work is 18, although it can be lowered to 16 under strict conditions.

Here in the US, the Fair Labor Standards Act (FLSA) sets 14 as the minimum age for most non-agricultural work, but young people of any age can deliver newspapers, perform in radio, television, movies, or theatrical productions or work in businesses owned by their parents, except in mining, manufacturing or hazardous jobs. They can also babysit or perform minor chores around a private home or be employed as home-workers to gather evergreens and make evergreen wreaths. Many states have child labor laws, some of which may have a minimum age for employment which is higher than the FLSA. Where both the FLSA and state child labor laws apply, the higher minimum standard must be obeyed.

Australia
Here, rules vary between states and territories. Generally the minimum age is 13, but there are conditions around the work young people can do. There is no minimum age for working in a family business or the entertainment industry.

New Zealand
There is no general minimum age for employment, but there are rules around the times young people can work and the types of work they can do. United Kingdom
The youngest age at which a child can work part time is 13, except for children involved in areas like television, theater and modeling, who will require a performance license.
Children who have reached the minimum school-leaving age can work up to 40 hours per week.

Canada
The Federal Government allows children under the age of 17 to be employed so long as the work is unlikely to endanger their health or safety and they are not allowed to work between the hours of 11pm and 6am. Provinces also have their own rules around youth employment.