An ex-Yahoo employee will pay an undisclosed sum to the company after leaking information to a journalist in violation of her employment agreement. 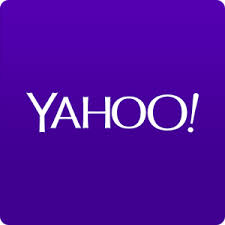 an style="line-height: 20.7999992370605px;">An ex-Yahoo employee will pay an undisclosed sum to the company after leaking information to a journalist in violation of her employment agreement.   Cecile Lal, employed by Yahoo in Silicon Valley, has admitted in court papers she broke her employment agreement by leaking information to Nicholas Carlson.   Carlson, a journalist at Business Insider, went on to write a book about Yahoo’s CEO Marissa Mayer which was not well received by the company.   Yahoo, which launched the lawsuit against Lal in May alleging breach of contract and fiduciary duty, has settled the case for an undisclosed sum.   As part of the settlement, SiliconBeat reports Lal will cooperate with the company’s ongoing investigation by handing over any further information.   Lal’s lawyer Ronald Cook was quoted as saying Lal chose not to contest the case.   Yahoo’s lawsuit alleged that Carlson’s book, Marissa Mayer and the Fight to Save Yahoo!,  “caused unnecessary distraction within Yahoo’s workforce”.   The suit also stated it “undermined the conduct of every other Yahoo employee” that had met promises to keep confidential information close.   The case is expected to have a cooling effect on further potential leaks from corporations to journalists, which is concerning free speech advocates.   California-based Peter Scheer told SiliconBeat the judge should have dismissed the case because the information did not contain trade secrets.   Yahoo didn’t comment on the settlement, though it had labeled Lal as a ‘former rogue employee’ in the lawsuit. She was a senior director of product management before leaving after the leak last September.