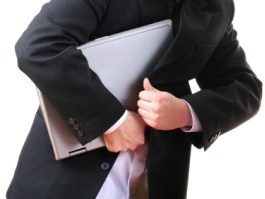 Che
ating with no sense of remorse: that’s just for sociopaths, right? Wrong.

The common assumption is disproved by a study out of the University of Pennsylvania, and its implications directly affect the way many workplaces operate. When individuals were given the option to cheat in tasks associated with financial gain, everybody took the opportunity. But even when there was no financial reward involved, 68% of participants that could cheat did.

“Cheating triggers an emotional ‘high’ independent of its associated financial rewards,” the researchers wrote. “The emotional boost conferred by cheating may be one reason people are motivated to cheat even when the financial payoff is small. These results indicate that the cheater’s high is not driven by a sense of relief after not getting caught cheating.”

So if cheaters are thrilled at the chance to beat the system, study author Maurice E Schweitz hypothesized that surveillance systems may not be as effective as HR intends.

“It suggests that greater monitoring might not work,” he says. “Control systems to ensure people are working the correct number of hours, or doing the work they’re supposed to do instead of surfing the Internet – these may have the reverse effect. People perceive them as a challenge to overcome. Those who hack the iPhone or create elaborate hacking software to attack websites find a challenge in it. People may perceive it like a game.”

Instead of presuming that guilt, remorse and the eyes of Big Brother will hold people back, Professor of Operations and Information Management Maurice E Schweitz, who worked on the study, suggested exercising trust may be more effective. “To reduce cheating, I would change the culture, communicate your expectations and acknowledge that you’re trusting people to do the right thing,” he said.

You might also like:
Motivating staff the European way
Is your company’s office design harming staff productivity?
Why you should detach pay from performance