Why should HR pay an interest to Gen Z?

Just as employers are getting to grips with Millennials, a new wave of employees is about to enter the workforce – how will your workforce be impacted? 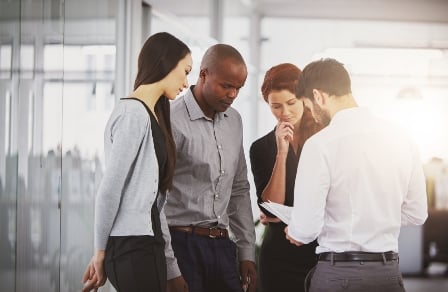 By
2020, Gen Z – those born between 1990 and 1999 – will make up 20% of the workforce.
Their workplace reality will be different to that experienced by any other generation.

According to the 2015 Future Leaders Index, conducted by Co-Op in partnership with BDO, 67% of Gen Z are already concerned about their career prospects in the current economic climate.

Other findings from the survey included:
Where does Gen Z want to work?

The report showed that certain sectors’ growth expansions will be matched by where Gen Z want to work.

1. They are digital natives

Gen Z is the first generation of people who as teenagers did not experience a world with slow or stationary internet access.

They are used to interacting online with others, and consume and share content with ease; they easily adapt to new technologies and implement them into their work practices.

Having grown up during the War on Terror and the economic crises, Gen Z is said to be target oriented. They are said to plan their careers and seek job security early on.

Starting the long path of university education might be less attractive; alternatively, early internships and apprenticeships are an option for them.

3. They are looking at employers right now

Members of Gen Z are on the brink of making the decision of where their careers are headed. With knowledge of what is attractive to them right now, employers can be part of the decision process (for example, convincing more people to choose STEM subjects) and position themselves on Gen Z’s desired employer list before they even enter the job market.

4. They are diverse and global

Gen Z is believed to be the first truly diverse and global generation.

Traditional gender segregation in jobs does not apply to them as strongly as for previous generations, and they are the first generation who was able to communicate and find friends globally.

This has major repercussions for employers lagging on diversity and inclusion issues, and also the technology they offer to workers.