Researchers say CHROs have the potential to succeed as CEOs - here’s what you should do if you want that top C-suite spot in the future. 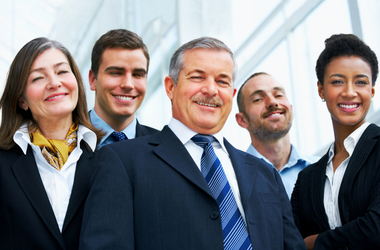 Hum
an resources was once considered a ‘behind-the-scenes’ business department, making moves off-camera and out of the corporate limelight, but times have changed and HR has finally earned its place on the main stage. Now, industry experts are saying some CHROs have the ideal experience needed to land a lead role as CEO.

“[The role of CHRO] is gaining importance like never before,” says Ellie Filler, managing partner at Korn Ferry. With close to 15 years’ experience in executive search, Filler says CHROs would once complain about the lack of influence they had in the C-suite but now, HR chiefs have more responsibilities and are better recognized for the invaluable contribution they make.

According to Filler, where CHROs once reported to the COO or the CFO, now they more often report directly to the CEO, serve as the CEO’s key adviser and make frequent presentations to the board.

“It’s moved away from a support or administrative function to become much more of a game changer and the person who enables the business strategy,” she says.

Intrigued by the change, Filler teamed up with University of Michigan professor David Ulrich and analysed several sets of data to investigate the current role of CHROs within the C-suite. As it turns out, there’s significant evidence to support their suggestion that CHROs are perfectly suited for the top job.

While drawing a financial comparison between C-suite professionals, including CEOs, COOs, CFOs, CMOs, CIOs and CHROs, Ulrich and Filler found that CHROs receive, on average, the third highest compensation packet of their peers. With an average base pay of $574,000, CHROs earn 33 per cent more than CMOs and are only outdone by CEOs and COOs.

But the evidence isn’t just in income, it seems CHROs are wired for success in the same way CEOs are.

Researchers studied personality assessments administered to C-suite candidates over a decade - they examined scores on 14 aspects of leadership grouped into three categories: leadership style, thinking style and emotional competency. When the researchers came to draw a comparison, they found that, with the exception of the COO, the executive whose traits were most similar to those of the CEO was the CHRO.

As a result of their discovery, Filler and Ulrich openly advised companies to better consider CHROs as potential CEOs. They say attracting the right talent, building the right culture and creating the right organizational structure are imperative for driving strategy in a modern economy and leaders with experience as a CHRO are more likely to succeed in those areas.

So – what can you do to improve your chances of being considered for a CEO role in future? According to Filler and Ulrich, “the challenge for CHROs is to…acquire sufficient technical and financial skills, in early education and in career steps along the way, if succession to CEO is a desired outcome.”

The pair insist that any CHRO who aspires to become a CEO must demonstrate capabilities in a host of skills required of top leaders but say their findings are proof that HR professionals are playing an increasingly important role in the corporate world. Companies are waking up to the value of HR and top CHROs have earned their right to be considered for the next CEO opening.