Why drivers need wellness programs more than any other worker

The worst occupation in America for employee health is driving, but that doesn’t mean wellness is impossible for truckers, as one company has proven 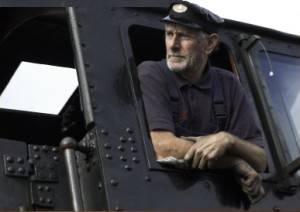 In
Washington State, truck drivers are most likely to be obese amongst workers of all occupations, the state Department of Labor & Industries has reported.

The study calculated body mass index based on self-reported height and weight measurements, nutritional intake, and time spent exercising, from about 88,000 participants. Nearly 39% of truck drivers in the state were obese, and they were also the most likely to smoke.

Along with computer scientists and mechanics, truck drivers also had the lowest proportion of fruits and vegetables in their diets.

"The objective of the research was to identify occupations in need of workplace obesity prevention programs," said Dr David Bonauto, associate medical director for L&I's research division. "Employers…can use our results to target and prioritize prevention and health behavior promotions."

Trucking company Celadon was awarded early this year for its wellness program aimed at curbing the health issues that drivers often face.

“We’ve got some really neat testimonials that have occurred,” said Celadon director of HR Derek Doddridge, citing drivers that have dropped 60 pounds, or gotten off their medication and thanked Celadon for it.

According to Doddridge, part of the solution was to pick people who worked directly with drivers to be involved in planning the company’s wellness initiatives.

“We try and pick people that are driver managers or coordinate driver orientation and ask questions on how to engage drivers better,” he said. One of the results of organizing committees this way was that the company was able to influence the way that drivers could spend their time on the road. Now, certain stops have fitness trails and activities for exercise, and drivers are educated on how to eat well on the road. It’s a tactic that Bonauto noted would make sense for drivers.

"Truckers are likely influenced by the availability of food choices, such as fast food and convenience stores," Dr Bonauto said.

You might also like:
CVS pushes the limits of wellness programs
Despite PepsiCo research, some companies keep trucking on with wellness
Should firms do more for workers’ financial wellness?