It seems homosexuality has a significant effect on pay – but it’s not as straight-forward as you might think. 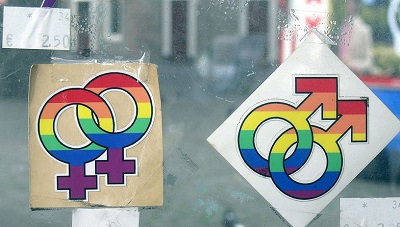 A s
tudy by World Bank has revealed the extent to which sexual orientation impacts remuneration – and the results might just surprise you.

The report analysed data from eight Western countries and found that gay men were paid between four and sixteen per cent less than the average straight man.

These results might not be particularly surprising to most – discrimination based on sexual orientation is still a very real issue in many workplaces – but it seems this discrimination has an entirely different impact on women.

In the US – where homosexual male employees are paid 16 per cent less than straight male employees – lesbian workers are actually afforded a much bigger pay packet – up to 20 per cent above the average.

The discrepancy continues in Canada, where lesbian employees make an average of 15 per cent more than heterosexual women yet gay men earn a full 12 per cent less than their straight counterparts.

The study’s researchers claimed the usual factors that prevent women from climbing the corporate ladder – such as flexible working hours and maternity leave – are less likely to apply to lesbians which may be why they enjoy a larger pay packet.

“Lesbians may realise early in life that they will not marry into a traditional household,” said Dr Nick Drydakis, a senior economics lecturer at Anglia Ruskin University and author of the report.

“Lesbians may be willing to make a series of career-oriented decisions, such as staying in school longer, choosing a degree that is likely to lead to a higher paying job, and working longer hours,” and they “tend to self-select into male-dominated occupations that may offer higher salaries.”

Stereotypically, lesbian women are often perceived as having more ‘masculine’ traits which are valued in business – according to Drydakis, this inaccurate characterization is a form of discrimination which is actually working in their financial favour.

The report proves that despite strong legislation protecting the working rights of lesbian and gay workers, there is still discrimination in the workplace – even if it does work in the favour of some.