When the CEO is offending everybody

Whether it’s a racist comment like LA Clippers owner Donald Sterling or an anti-LGBT move like Mozilla founder/former CEO Brendan Eich’s political stance, it will inevitably affect employee morale. What can HR teams do to help the company recover? 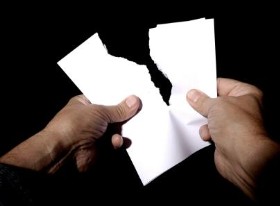 Whe
n technology company Mozilla appointed its new CEO Brendan Eich in March, he would only last ten days before stepping down. He was forced to resign under pressure from both employees and the public at large, when people pointed out that he had made a $1,000 political donation to the campaign for California’s Proposition 8, a controversial bill that stood against same-sex marriage.

Employees publicly denounced Eich’s leadership on social media, showing no fear of repercussions. But the issue truly came to a head when dating site OkCupid created a new landing page for visitors using Mozilla Firefox browsers, asking them to access the site using one of the company’s competitors’ browsers because of Eich’s stance on same-sex marriage. Days later, Eich announced he would be leaving the company, although it’s unclear whether that was a mutual decision.

“The idea that a leader could be openly anti-LGBT, or openly racist, or hold views about women that are debasing, increasingly that would fly in the face of some of the core tenets of true corporate leadership,” said Fidas. “So I think what you saw is evidence of shifting attitudes and a sense from the key corporate stakeholders that this was not congruent with the kind of leadership they wanted.”

However, if company leaders are found to have views that employees disapprove of, it may take more than just a simple apology in internal communications.

“Amends are best in the form of concrete policy improvements, benefits and equality,” she said. Fidas turns to an example, saying if a company offended its LGBT employees, “and at the same time doesn’t even have domestic partner benefits, then a step to make amends doesn’t have meaning and weight behind it.”