What HR’s top earners have in common

The highest-paid HR pros at publicly owned companies almost all have one thing in common: extremely long tenures 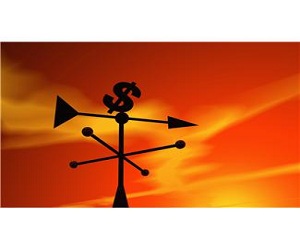 Ear
lier in the year, we reported on the HR executives with the best salaries of any publicly owned company. Altogether, we found the compensation packages of the following ten people added up to more than the entire gross domestic product of a small island nation.
Now, we’re digging deeper, finding how they actually got to their prestigious positions. It turns out longevity seems to be key:

1. John Fleming, executive vice president of global manufacturing & labor affairs at Ford Motor Co, $5,916,261 (as of 2010)
- Tenure: Fleming joined Ford in 1967, serving in manufacturing processes at a plant where Ford Escorts were built. In 1984, he became a production manager of a paint facility, and rose through the ranks from there.
- Education: Holds an Honorary Degree from the John Moores University in Liverpool and production engineering qualifications from North East London Polytechnic.

2. John Butler, chief human resources officer at Textron Inc, $5,873,781 (as of 2012)
- Tenure: Butler has been at Textron since July 1997.
- Other experience: Previously served as VP of HR for General Motors and spent 28 years there.
- Education: Holds a B.S. and a master’s from Michigan State University, and graduated from the advanced general management program at Harvard University.

3. Mike Mortimer, executive vice president, human resources and corporate administration at Quintiles, $5,242,962 (as of 2012)
- Tenure: Mortimer joined Quintiles in July 2003.
- Other experience: Mortimer spent the beginning of his HR career at Sprint, and before Quintiles he was senior vice president of HR at Charles Schwab for a decade.
- Education: Holds a bachelor’s degree in behavioral sciences from Ohio State University.

4. Sander van 't Noordende, group chief executive, products operating, Accenture, $4,783,617 (as of 2011)
- Tenure: Noordende has been at Accenture since 1987 and became a partner in 1999.
- Education: Holds a bachelor’s degree in industrial engineering with a specialty in finance and marketing from Eindhoven University of Technology in the Netherlands.

6. Jayne Parker, chief human resources officer, The Walt Disney Company, $3,989,117 (as of 2012)
- Tenure: Parker joined Disney in 1988, developing learning programs for in-house education.
- Other experience: Parker began her career as a consultant in learning & development.
- Education: Jayne holds degrees in communications and education, a master's in instruction design and technology and an M.B.A., all from the University of Central Florida.

7. Shari Ballard, chief human resources officer at Best Buy, $3,689,370 (as of 2013)
-Tenure: Shari started her career as an assistant store manager at a Best Buy store in Michigan in 1993.
- Education: Holds a Bachelor’s Degree in Social Work from the University of Michigan-Flint.

8. Gerhard Rupprecht, chairman of the board of management at Allianz SE, $3,547,539 (as of 2009)
- Tenure: Rupprecht joined the Allianz group in 1979, and became a deputy member of the company ten years later.
- Education: Began mathematical studies at Stuttgart University in 1969, finishing his Doctorate in 1978.

9. John Murabito, executive vice president of HR at Cigna, $3,513,157 (as of 2011)
-Tenure: Cigna lured Murabito from Monsanto in 2003.
- Other experience: Murabito’s portfolio includes two decades of experience with PepsiCo, Symbion and Pharmacia Corporation.
- Education: He holds a B.A. in economics from Augustana College in Illinois and received his master’s in industrial relations in 1983 from the University of Iowa.