What HR can learn from #HasJustineLandedYet

If you haven’t already seen the tweet that got a PR exec fired, your jaw is about to drop. Luckily, we found some key lessons for HR in the disaster 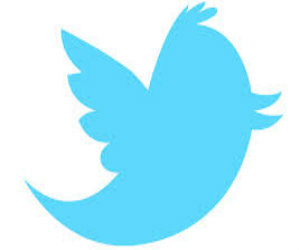 Within a few hours, Sacco’s indiscretion became the subject of a whirlwind of internet sensation, and by the time she landed in South Africa, she learned that she would be let go. Her employer, InterActiveCorp, responded with celerity, but it wasn’t enough to mitigate the damage to the company’s branding.

It’s the sort of thing that has PR professionals shaking in their boots, but it’s also a concern for HR, particularly because of HR’s investment in employer branding. So what can we learn from this? Mostly that you can’t take common sense for granted. Here are three HR takeaways from this disaster:

Ban employees from publicly identifying their employer online Take a leaf out of Apple’s book, which has a strictly enforced policy of banning staff from revealing their employer online. The policy applies to both photos and words, so that staff cannot even Instagram a photo of their workplace or uniform if it can be recognized as being associated with Apple. This makes it much harder to link any indiscriminate employee behavior with the company

Ensure employees know the line Make your policies widely available so that employees know they will be held accountable for their antics online. Clearly delineate what’s acceptable and what’s not, so that if you do have to let somebody go, they can’t say they didn’t know

Establish official accounts for employees with personal brands At every company, certain staff will need to have public Twitter, Google and perhaps even Facebook accounts for public relations and other purposes. CEOs, journalists, and those who are leaders in their fields are all likely to have significant online followings. One way to ensure their messages don’t go astray is to have your PR department start official company accounts in these individuals’ names so that the accounts can be supervised. If they already have personal accounts, they may be encouraged to make them more private