Walking the talk: the body language secrets you need to know

As HR professionals, we have to listen to complaints, give criticism and sometimes deliver bad news. Body language expert Alan Pease reveals his tips for making sure you send the right signals. 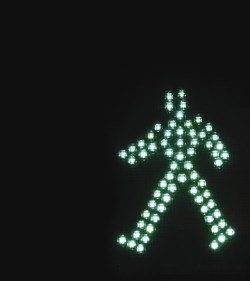 The
re are a number of sensitive situations that crop up in HR – doing performance reviews, discussing pay rises, announcing redundancies and listening to complaints.
While you might know what to say, saying the right thing is only half the battle. Your body may be subconsciously undermining your words.

Body expert Alan Pease, the co-author of The Definitive Book of Body Language, reveals the signals you may be sending without even realizing it and how to change them.

Keep your body uncrossed
“Most people, when they’re giving bad news, have a tendency to cross their arms on their chest or hold hands with themselves in front of their body or clench their fingers together,” Pease told HRM.

“These are all self-protection signals. Somebody who sees you do that, particularly females, will think that you’re not feeling very confident about what you’re saying.”

Avoid signals that imply superiority
“The worst thing a man can do is sit back in his chair with his hands behind his head. It’s called the catapult – it looks like you’re about to fire your head at someone. That’s a superiority position used almost entirely by men. It’s the most intimidating management pose that a male can take in the presence of a female subordinate.”

To make people feel relaxed, lean forward, said Pease. “We lean forward towards people we like, admire and sympathize with.”

Mirror their eye contact
If the person you’re talking to is having difficulty maintaining eye contact, and if you maintain eye contact, it gives the impression that you’re trying to stare them out or being critical or judgmental, Pease said.

Keep your palms visible
Don’t have your hands in your pockets or under the desk, have them visible and talk with them facing upwards.

“Monkeys and chimps do this too. It’s the most non-threatening position a human or primate can take because it shows you’re not concealing things in your hands or under your arms,” said Pease.

“We’ve done quite a bit of testing with people presenting to audiences with a palm-up position, the second audience where they’re talking mainly with the palm down and the third audience where they use a finger point. The palm-up users get up to 40% more retention of what they said and are described by the audience in much more favorable terms than the palm-downers. The finger pointers get the worst results. If you talk with your palms down, you’re seen as authority, management, maybe telling them what to do or telling them off. It’s very powerful when you’re in a situation where you’re delivering bad news such as redundancies.”

Use appropriate facial expressions
When listening to an employee complaint, it’s important to recognize that men and women listen to each other differently and respond accordingly, said Pease.

“So if someone is telling you what happened, if you're listening, you're likely to be reflecting her emotions on your face to encourage and support her. Men don't do that. If a man listens to a woman with a poker face, she begins to think he's judging her critically. If you're listening to a woman speak and she's upset about something, you want to show compassion. You mirror the expressions on her face. If you're a woman listening to a man, the reverse applies.”

Have a great handshake
“To create a rapport where people feel accepted, you keep your palm vertical. The origin of the handshake is arm-wrestling back in the Roman era and the guy with the hand on top had the upper hand. Keep your palm straight and exude the same pressure you receive and people will feel like you're accepting them and not trying to dominate or threaten them,” said Pease.