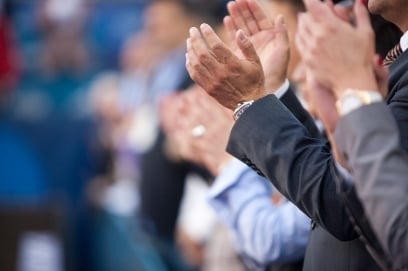 We
all know everyone has different strengths and different struggles but it’s a manager’s job to bring the best out of each worker – now, one leader is being recognised the world over for the unusual way he helped train a promising young employee.

A Toronto-based Starbucks manager – known only as Chris – is receiving praise after a video was posted online showing one barista’s unique technique.

“I would like to introduce you to a young teenager named Sam,” writes Carly Fleischmann, who recorded the footage. “When he was offered a position to work at Starbucks Sam told his parents that for the first time in his life, that his life had real meaning.”

Sam, who is diagnosed with autism, has a movement disorder that makes it difficult to keep his body still but manager Chris was sure they could work around the obstacle.

“Sam never thought that he would be able to work behind the bar because of his sudden movements but his manager Chris believed in him and got Sam to channel his movements into dance,” explains Fleischmann, who also has autism and campaigns for better understanding of the condition.

“It has taken Sam and Chris a lot of shifts and hours to get Sam to do what he is doing in the video,” she continues. “Sam is now known as the dancing barista. If it wasn't for Chris believing in Sam he would of never believed in himself.

“More people like Sam need to be seen, heard and given a chance to thrive and dance,” she concludes.

Sam – who is now known as ‘the dancing barista’ – is seen smiling and dancing in the video while he makes an expert cup of coffee.