The retroactive policy, effective immediately, means servicewomen are now entitled to 18 weeks off. 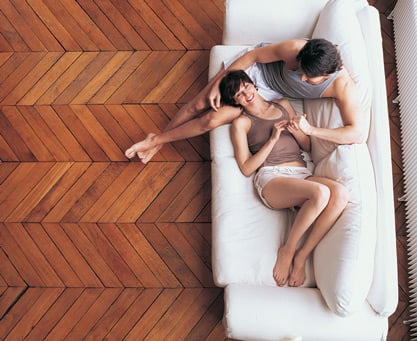 The
U.S Navy announced late last week that it would be tripling its paid maternity leave to an impressive 18 weeks.

The retroactive policy, effective immediately, applies to servicewomen who have given birth since January 1, 2015.

"When the women in our Navy and Marine Corps answer the call to serve, they are making the difficult choice to be away from their children – sometimes for prolonged periods of time – so that they can do the demanding jobs that we ask them to do," Ray Mabus said in a statement.

The Secretary of the Navy then added; "With increased maternity leave, we can demonstrate the commitment of the Navy and Marine Corps to the women who are committed to serve."

The 18-week entitlement is a combination of paid maternity leave and convalescent leave, which does not need to be taken consecutively but will expire one year after the baby’s birth.

"We have incredibly talented women who want to serve, and they also want to be mothers and have the time to fulfil that important role the right way," Mabus added. "Meaningful maternity leave when it matters most is one of the best ways that we can support the women who serve our country. This flexibility is an investment in our people and our Services, and a safeguard against losing skilled service members."

While the promising new leave policy does not extend to fathers – they receive just 10 days of leave – many have suggested the changed could be a positive harbinger of things to come on the paternity front.

The United States currently lags far behind the rest of the developed world when it comes to paid parental leave but organizations, cities and states are increasingly breaking away in attempt to catch up.

Earlier this year, the mayor of Boston introduced paid parental leave for all city employees – both male and female.  The ordinance allows for up to six weeks off and any employee who has worked for the city for at least one year is eligible – same sex couples and adoptive parents included.

“This is not only the right thing to do but it is important to the vitality and economy of our city,” said Mayor Martin Walsh. “The benefits of this policy to both individuals and organization are a win-win and it is my hope that businesses will follow our lead and extend this benefit to their employees.”