Federal workers seem to get a sweet deal – so why can’t the government get young people through their doors? 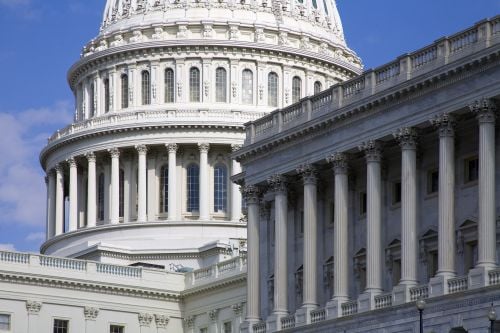 Bel
ieve it or not, the U.S government offers employees a pretty sweet deal - the average federal employee receives a $78,500 salary plus a generous retirement plan, good healthcare coverage and a decent benefit package, which is almost unheard of in the private sector.

Not only that, but federal employees also enjoy almost unrivalled job security. USA Today found that federal workers are actually more likely to die than be dismissed.

But, despite all the attractive advantages, the government is having a tough time attracting young people onto their workforce – just seven percent of all government workers are under the age of 30.

So what’s the problem? Communications manager Paul Petrone says it’s all down to an outdated hiring process.

According to Petrone, anyone looking to attract talented young professionals should take notice of the government’s method – then do the complete opposite.

“The federal government is a perfect example of what not to do, from a recruiting perspective,” claims Petrone. “The hiring process is brutal, the leadership is unpopular and the culture is one of “pay your dues,” as opposed to a meritocracy where the best ideas win out.”

Best described as “lengthy, impersonal and uninformative,” Petrone says the hiring process is about as user-friendly as the DMV.

Obama may have pledged to make government “cool again” but critics are saying it’s all talk and theuntil the requirement-based approach changes, the process will always favours older applicants.

Even the “Pathways” internship Obama implemented to attract young workers has been panned with workers alleging the requirements associated with the program are “complex” and the process “cumbersome.”

So how do you attract young talent when you can’t offer the same salary or perks?

“The federal government is definitive proof that the secret to hiring great people isn’t achieved by offering good salaries and great benefits, although that doesn’t hurt,” says Petrone.

“Start by figuring out what the federal government does, and then do the exact opposite,” he advises.