US employer caught out by 'overly broad' internet policies

Is your employee handbook keeping up with the modern age? A recent US case showed that many employers are beginning to face the consequences of outdated social media policies. 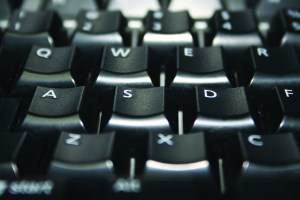 an style="line-height: 20.7999992370605px;">An employer that sacked a worker who posted images of colleagues on her Facebook page which included some critical comments may be forced to reinstate her. Tinley Park Hotel and Convention Center in Chicago dismissed Audelia Santiago last year citing breaches of employee handbook rules including a clause on disloyalty. However a judge with the National Labor Relations Board ruled that handbook rules that are “overly broad” and restrict workers’ freedom to talk about their workplace online are illegal under federal law. Arkansas Online says that Tinley Park declined to comment. The article says that many employers have yet to update employee handbooks for the digital age, specifically they have not factored-in the usage and impact of social networks. US federal law allows the freedom of workers to discuss their working environment and even to comment about it publicly, including posting videos and images on social networks. Jessica Kahanek is a National Labor Relations Board spokesperson: "Workers' rights are the same at the water cooler as they are on the Web” she told arkansasonline.com. Social networks are only going to grow in popularity and scale and they pose a huge challenge for employers. Avoiding draconian restrictions on the use of services such as Facebook and Twitter would not only result in a bad reaction from employees but, as the hotel case shows, could be illegal in some jurisdictions. That said, there could be legal grey areas over when a comment made is protected under legislation from the point of view of talking about work; and when that same comment could be considered bullying of a co-worker or even libel. For multinationals it poses an additional risk as something that is protected in one jurisdiction could be illegal elsewhere. Therefore cases like the one highlighted here are best run past the legal team before proceeding.