The White House’s first openly transgender staff member will play a role in recruiting new people and talent worthy of the President. 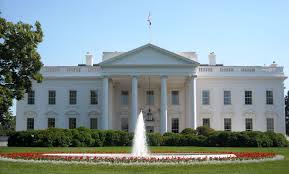 an style="line-height: 20.7999992370605px;">The White House’s first openly transgender staff member has been employed as an outreach and recruitment director in the Office of Presidential Personnel.   Raffi Freedman-Gurspan, a former policy adviser at the National Center for Transgender Equality, is been recognized as the first openly transgender staffer.   As a recruitment director in the Office of Presidential Personnel, the 28 year old will recruit qualified candidates for government departments and agencies.   Freedman-Gurspan was formerly a policy adviser at the National Center for Transgender Equality, dealing with government on transgender issues. Prior to this, she was a legislative director with Carl Sciortino’s office.   "Raffi Freedman-Gurspan demonstrates the kind of leadership this administration champions," senior presidential adviser Valerie Jarrett said.   "Her commitment to bettering the lives of transgender Americans, particularly transgender people of color and those in poverty, reflects the values of this administration."   CNN reports that community leaders and advocates welcomed the move to appoint Freedman-Gurspan, who has a history of transgender advocacy.   National Center for Transgender Equality executive director Mara Keisling praised the appointment.   "I am elated that Raffi Freedman-Gurspan will become the first openly transgender staff member at the White House,” she said.   “President Obama has long said he wants his Administration to look like the American people. I have understood this to include transgender Americans. A transgender person was inevitably going to work in the White House."   The Obama administration has taken a number of actions in recent times that show strong support for the LGBT community in the US.   Obama banned federal contractors from discriminating against any of their employees due to their sexual orientation or gender identity.   The President has also heralded a gender-neutral bathroom in the Eisenhower Executive Office Building, where a large number of staffers work.   NPR reports that Freedman-Gurspan was adopted from Honduras and raised in Brookline, Massachusetts. She transitioned through college.