Moving from a transactional function to being a strategic partner is one of HR’s biggest challenges. How did this international heavyweight do it? 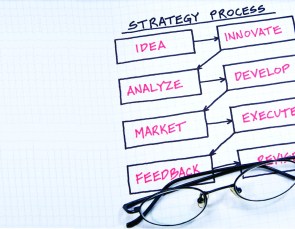 Just 10 years ago Kimberly-Clark was facing a decreasing market share, dropping share price and turnover so low they had people retired at their desks. HR had no credibility, and most of the people in the function were unprepared for a major change.

That was the environment Liz Gottung stepped into when she took on the role of CHRO.

“We were having trouble with our innovation pipeline; we weren’t paying enough attention to our brands and, even though we talked about people being our greatest asset, we didn’t act like it, and it didn’t feel like it if you were in the company,” Gottung says. “We were very North American–centric, specifically Wisconsin-centric. We called ourselves a global company but, really, we were a North American company that had locations in other parts of the world.”

One of the earliest steps Kimberly-Clark took was to do a gap analysis and looked for areas where the company could have the biggest impact in the shortest time period.

Gottung also focused on getting away from HR words when talking to current and potential employees. Instead of talking about “talent acquisitions” and “onboarding,” Kimberly-Clark calls it simply “welcome.” “Career development” and “learning and development” became “dream” and “grow.” The other steps  in their “People Philosophy are win, celebrate, live well and give back.

Gottung jokes that she could retire happily after the CEO, at a forum last year, credited the people strategy as one of the top three reasons for the company’s record stock price. It comes back to her focus on the company’s end goals rather than on HR as an independent function.

“We’re setting a bar for our competitors in the business and HR. Our HR employees are in high demand in other companies, and HR is a destination function. We get applications from Engineering, IT, Finance,” she says. “But it’s not about world-class HR; it’s about the business. I didn’t take the job to reinvent HR; I took the job because I thought I could potentially have an impact on the business.”