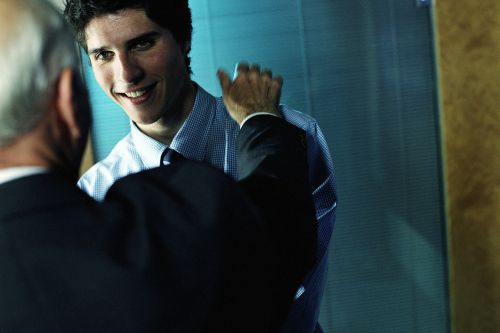 “It’s a phrase you hear quite often in most offices,” he said, “but only rarely as one nears the executive suite.” That’s because, according to Spence, too many bosses believe they must have all the answers.

“Managers and executives who say “I don’t know” aren’t losers: they’re honest, authentic team players. They can admit they don’t have all the answers, so they encourage staff to figure things out for themselves,” argued Spence.

What do you think?

“In any organization, there’s no statement more powerful than “What do you think?” says Spence.

“The bosses who have to be right every time rarely ask that question; they’re too busy trying to be smarter than anyone else,” he added.

And when the two short sentences are brought together, they become a force to be reckoned with:

“I don’t know. What do you think?” is the key to unlocking employees’ potential, unleashing their passion for their jobs, and creating a more confident, innovative workplace,” claims Spence.

“Saying “I don’t know” is not an admission of failure,” he insists, “It’s a catalyst that opens up infinite possibilities. It prompts everyone to put on their thinking caps.”