This is what zero tolerance means at the CIA

If sexual harassment is taken so seriously, how did this happen? 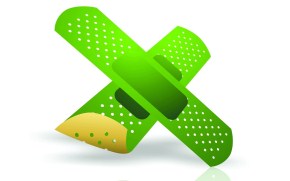 The
Central Intelligence Agency has been accused of silence in the face of allegations of harassment in the workplace, the Associated Press has revealed.

The AP obtained a message sent to all CIA employees about harassment, featuring details of complaints made between September 2012 and 2013. While the CIA would not release details of its workforce in the interest of classification, information leaked by Edward Snowden indicates there are around 21,500 employees and thousands more contractors. Despite the huge number of staff, only 69 complaints were made in the 12 months, and 15 of them were found to be true. Not one of the 15 employees accused was fired, CIA officials acknowledged.

Instead, their discipline ranged from letters of reprimand to being removed from their current postings. The agency offered some examples of situations were perpetrators were disciplined: It’s not the first time the CIA has faced controversy surrounding the way it deals with a hostile working environment. In 2007, some female employees successfully filed complaints with the Equal Employment Opportunity Commission. Several were paid settlements based on allegations that women who had affairs overseas were treated more harshly than male employees.

And in 1995, a class-action suit involving 450 women cost the agency nearly a million dollars after it was found that women were unfairly left out of promotions, raises and assignments.