This is what makes LinkedIn more important for recruitment than ever

Revenue growth and sky-high membership statistics are one thing, but here’s how members are actually using it 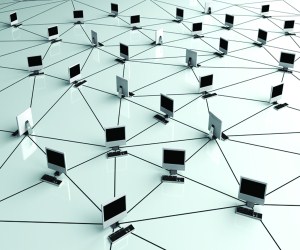 LinkedIn is becoming an increasingly important recruiting tool, if usage statistics are anything to go by. At the beginning of the month, the company announced year-on-year revenue growth of 46% for the first quarter. This year, it hit 300million members, and have projected that half of all traffic will come from mobile by the end of 2014.

What LinkedIn itself doesn’t release, however, are usage statistics. That’s why consultant Wayne Breitbarth has been surveying LinkedIn users for the past couple of years, to find out more about how it can actually be used to employers’ advantage. This year, the key factor for recruiters to note is that potential employees are now less likely to have dormant profiles: people are spending far more time on the platform than last year. The proportion of LinkedIn users on the site more than two hours a week rose 10% in 12 months, and those spending seven or more hours a week on it rose from 11% to 18%.

The 2014 LinkedIn usage statistics Key HR Takeaway
Knowing that so many people are using LinkedIn to research both companies and hiring managers is important on a couple of levels. Firstly, keep your company page up to date and appealing. And secondly, ensure anybody identifiable in job opening advertisements has a clean LinkedIn profile.