Those who dazzle you in an interview may do so because of narcissistic personality traits and, if so, you should stay well clear. 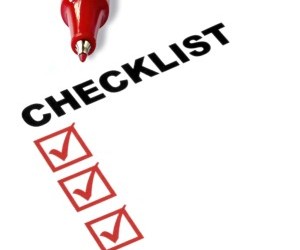 Those who dazzle you in an interview may do so because of narcissistic personality traits and, if so, you should stay well clear according to research conducted by recent PhD graduate and industrial psychologist Jeff Simpson.

Simpson undertook an unusual research project into the impact of narcissism on the work performance of 75 graduates, 10 of whom were identified as having narcissistic personality traits, employed at one of five top consulting firms.

The graduates selected were all of a similar age and intellect and had similar qualifications and job descriptions at the beginning of their corporate career. Simpson studied their progression over two years to compare the success of those with narcissistic tendencies against those without.

Those perceived as ‘future stars’ during interviews, who needed to be ‘snapped up’ before another organisation did so, were identified as carrying narcissistic personality traits later, according to Simpson. “This is not surprising as narcissists have the knack of creating a good first impression, talking big and creating urgency around them,” Simpson told the Massey University newsroom.

However, within their first year these future ‘star performers’ ranked near the bottom of their intake according to performance reviews done by their managers. And in their second year, they were clearly at the bottom. In fact, none of the top performers in the graduate group were those identified as potential stars at the interview stage.

“Interestingly, in spite of this, those identified as having narcissistic traits were far less self-critical of their own performance than the non-narcissistic group, who tended to have a more moderate and balanced critical view,” Simpson said.

Non-narcissistic candidates tended to worker harder in order to get to grips with their work, which was vital. “As a graduate coming into a big firm, there’s so much to learn that you have to be open to new challenges and development – if not, you’ll fall behind really fast,” according to Simpson.

“The key point from the research is that humility is a great virtue for an applicant for a job, but it’s not something that’s eye-catching, whereas narcissists as people present very well at an interview and tend to be given more opportunities but tend to underperform,” Simpson concluded.