Think CV discrimination is a thing of the past? Think again.

Meet the man who says one simple letter can change the way employers think. 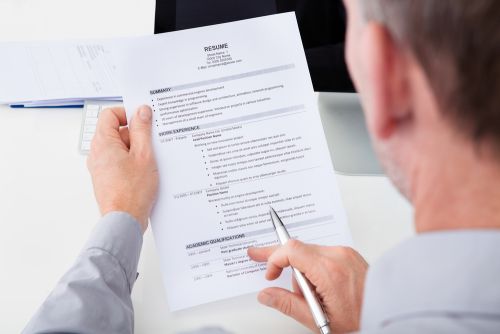 Whe
n applicants omit personal information from CVs, such as age, race or religion, there’s no way we can make discriminatory decisions, right? Well, according to one Latino jobseeker, wrong.

For months, José Zamora of Hollywood, California, persistently applied for between 50 and 100 jobs every day – to no avail. “I’d apply to as many jobs [as possible],” says José, “every job that I felt qualified for.”

So, he’s determined and diligent with realistic expectations – what’s the problem? According to Zamora, there was just one reason employers weren’t interested; they weren’t seeing his experience or aptitude, they were seeing the Latino ‘S’.

“I decided to go from José to Joe,” he reveals, “seven days later, [on] the next Monday, that's when all the responses started coming."

Without changing any information on his CV, save from one letter in his given name, José (or Joe, rather) was inundated with offers, many of which were from the same employers who had previously ignored his application.

Disappointingly, the prejudice showed by José’s potential employers is far from unusual. In 2002, a University of Chicago study showed that typically white-sounding names, like Emily Walsh or Brendan Baker, were 50 per cent more likely to get responses from prospective employers than typically black-sounding names, like Lakisha Washington or Jamal Jones.

“Sometimes I don’t even think people know or are conscious or are aware that they’re judging, even if it’s by a name, but I think we all do it all the time,” says José.

Whether these prejudices are conscious or subconscious, it’s important that as a hiring manager you do your best to combat any unfair and underlying biases you might have. If you don’t, you might just end up passing over what could have been your best hire yet.