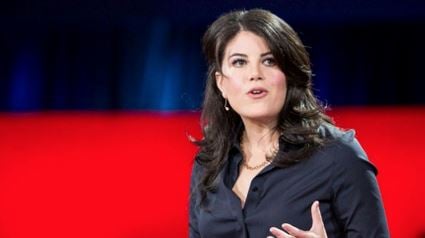 Mon
ica Lewinsky may not seem like the most likely source of inspiration for business leaders but there are a few valuable things to be learned from the 41-year-old’s impressive TED talk.

In just 22 minutes, Lewinksy transforms public opinion – leaving behind the long-ingrained perception of a promiscuous intern and instead embodying a competent, commanding leader – but she’s only able to do this by correctly handling a crisis.

Here’s how you can do the same.

Call a spade a spade

Lewinski begins her speech with light-hearted references that gain laughs from the audience – she’s not afraid to make herself the butt of an (albeit gentle) joke and doesn’t shy away from what everyone in the audience is thinking.

Less than two minutes into her talk, Lewinsky candidly addresses the audience; “At the age of 22, I fell in love with my boss and at the age of 24 I learned the devastating consequences.”

She goes on to say; “Can I see a show of hands of anyone here who didn’t make a mistake or do something they regretted at 22?”

Instead of referring to the incident as “an error in judgement” or a “momentary lapse,” Lewinsky owns her mistakes and doesn’t beat around the bush when it comes to identifying them.

Business leaders who are looking to recover from a major misstep should consider the same – it’s a brave move and, like Lewinsky, you’ll get more respect as a result.

Stop sweeping things under the rug

Just months before former Monster.com CEO Sal Iannuzzi was forced out, he publicly dismissed poor earnings and abysmal ratings, claiming instead; “The company is stronger today than it had been at any point in the last seven or eight years.”

Refusing to acknowledge the real situation at hand only harms a leader’s integrity – the only way to manage a crisis is to meet it head on and face the reality.

“Overnight I went from being a completely private figure to a publicly humiliated one worldwide,” she admits. “I was branded as a tramp, tart, slut, whore, bimbo and of course that woman.”

Despite the candidate discourse, Lewinsky uses her own personal crisis to give context to a wider issue – cyber bullying.

Like this, leaders who have made a big mistake mustn’t make it about themselves – instead, strong leaders will actively pursue channels to prevent such a mistake ever happening again.

“I hope my past experience can lead to a change that results in less suffering for others,” she says.