The one way fear actually improves a workplace

Having problems with employees lashing out at particular supervisors? Don’t blame them… 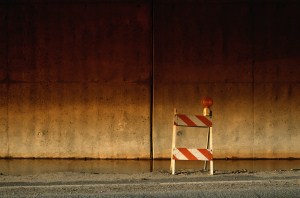 Are
employees lashing out against a supervisor they don’t like? It could well be because the supervisor doesn’t exert authority powerfully enough. That’s what researchers from the Canadian University of Waterloo found.

About three in four employees direct at least one aggressive act towards a supervisor every year, counting common signs of aggression like false gossip, mean-spirited pranks, and obscene gestures, studies show. But that type of retaliation is significantly more likely to occur when supervisors lack the means to punish subversive employees.

“Retaliating against an abusive boss sounds brave and intrepid even to the point of folly, but the more one analyzes it, the less courageous and foolish it turns out to be,” said researcher Huiwen Lian. “There's a great difference between retaliating against a powerful boss who can do you a lot of harm and a boss who cannot -- and cases of the latter are much more common than instances of the former.”

While self-control also plays a factor, noted the researchers, “the absence of self-control capacity or resources need not necessarily lead individuals to behave aggressively in response to abusive supervision. Given the proper incentives (i.e., perceiving potential punishment from supervisors), individuals appear to be quite capable of mobilizing their inner resources to override their natural inclination to directly harm an abusive supervisor.”

They also found that negative incentives, like the threat of punishment, were a better inhibitor of aggressive behavior than positive ones, like rewards.